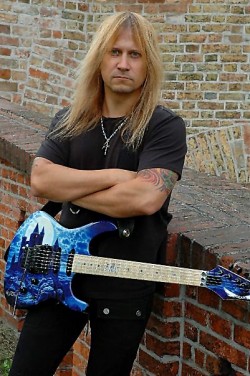 “It’s not like I’m just stamping my name on a bottle,” he continues. “In fact, I didn’t put my name on it at all because I didn’t want it to be presented as ‘Here, a musician put his name on some salsa.’ I wanted to make something that would actually get taken seriously, and it won two really big national hot sauce awards since it hit the market; Best New Hot Sauce Of The Year and Best Fruit-Based Habanero Sauce. I think that if we would have said it’s Chris Caffery’s Hot Sauce, that wouldn’t have happened.”

In a separate interview, Seabury offered some additional details as to how he and Caffery came to work together on Tears Of The Sun. 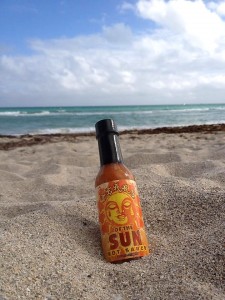 “Chris and I have known each other for a long time. He was looking to release his solo records, so I helped him out with getting a digital deal. When I was putting together the Mosh Potatoes Cookbook I asked him to be part of it. We’re both very much metal heads and food junkies. I met him up in the city to catch up with him and he pulled out a mason jar full of hot sauce. It was an amazing sauce. We both discussed or passion for hot sauces. About a year later, after making my own hot sauces and with the cookbook doing really well, my friends and family were pushing me to go commercial with my sauces. So one day I decided to do just that.”

“I’m one of the owners of the Metal Alliance Tour and I decided that it would be awesome to sell my sauces on the tour and see what people thought. It just took off from there. The next thing I knew I was getting my sauces sold on the Mayhem Tour, Vans Warped Tour and the Throwdown Tour. Chris and I were speaking about making his sauce. We traded notes, samples and other ideas and I finally released Tears Of The Sun. We’re now discussing about working together on some other stuff because Chris as a real talent for making some great sauces.”

Caffery, who only has small windows of time to take care of hot sauce business due to a rigorous touring schedule, credits Seabury for turning Tears Of The Sun into a talked-about product. At press time it was only available in the US due to high (therefore prohibitive) international shipping costs, but Seabury confirmed that he’s looking for ways to service the worldwide market. He has also launched the new Top Fuel Verde Sauce in collaboration with Ratt frontman Stephen Pearcy and Food Network chef Chris Santos.

“Steve’s a real go-getter,” he warns. “Just watch, he’s going to do something huge with this company. He’s extremely motivated, and I’m so proud of what this dude has done with it. He’s taken something that was just an idea and ran with it. He had a High River Sauces party in New Jersey a while ago and it was crazy to see the buzz he has going. He’s got a lot of good things going on, and the foodie world is a booming little business.”

“People need to eat,” Caffery adds, “and the advantage it has over the music industry is that if somebody likes your hot sauce and they finish it, they’ll go any buy another one. You can’t download hot sauce (laughs).” 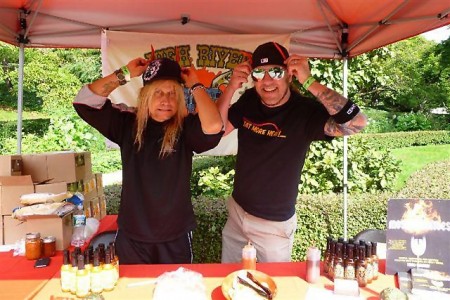 Follow Caffery and check out his music on Facebook here. Check out the Caffery solo classic, ‘Pisses Me Off’.

Go to this location to check out what High River Sauces has to offer. US residents can purchase their products via the site.

It’s recommended that folks outside the US find some American friends and suck up to their inherently good natures in order score the hot sauces while Seabury solves the international distribution situation. 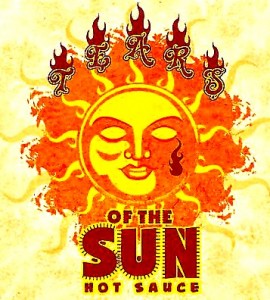 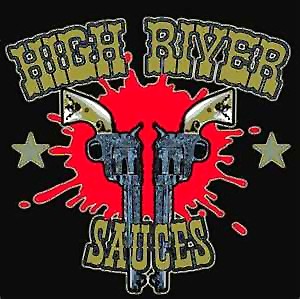