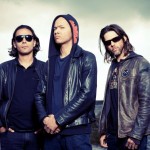 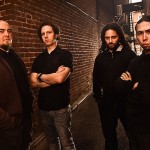 My review of From Tragedy can be found here. 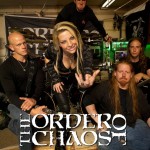 Edmonton-bassist vocalist Amanda Kiernan has been under a magnifying glass as of late thanks to her joining Into Eternity for touring purposes, filling in while Stu Block continues to raise hell on the road with Iced Earth. Following the band’s upcoming North American tour, Kiernan and her main band The Order Of Chaos will support Helstar in Europe through August and September for 11 shows. No small feat considering The Order Of Chaos is unsigned… for the moment, anyway.

Audio samples can be found at this location along with information on the band and tour updates. Kiernan’s tour schedule with Into Eternity on their North American Devastation Tour are available here. 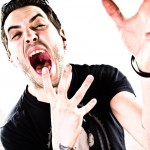 Finally, former Hail The Villain frontman Bryan Crouch has been making some noise as he gears up to launch his new band, Six Side Die. By the sound of things this band will be every bit as volatile as Crouch’s previous outfit. An assortment of teaser trailers and an audio sample of the song ‘My Enemy are all available on the Six Side Die Facebook page.