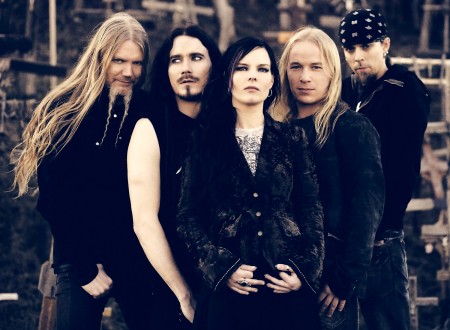 YouTube is one public forum offering a resounding show of support for Olzon, who has definitely improved in her role as the band’s voice. Sure, there are the expected debates of whether or not she holds a candle to Turunen, but the fans that stuck around after Dark Passion Play are quick to defend Olzon nowadays and quite vocal about her having cemented a place in Nightwish.

“It’s very nice for her,” Holopainen agrees, well aware of what is and isn’t being said about Olzon. “We’ll never get rid of that debate and we can live with that, but it has definitely calmed down and turned around. And all those really mean comments you find online, they’re written by miserable twats in their underwear trying to have an opinion. It’s really nothing to get wound up about.” 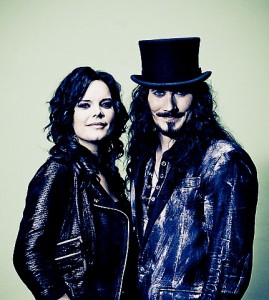 Imaginaerum in album form is old news, having been released in November 2011, but Holopainen still marvels at its success. He’s not alone. It’s a production of epic proportions that makes the task of sitting through the whole album in a single listen a daunting one. And yet it continues to resonate with the older fans while bringing in a new legion of followers that, ironically, have no use for the band’s operatic Tarja Turunen era.

“Personally, I think this is the most theatrical, diverse, and maybe even difficult album that we’ve made. I find it overwhelming that people have taken it so well, even on a commercial level. Things are really going well. I thought this album would be on the difficult side to get into, but I guess it takes a few listens to get into it, and after you do that you can find the magic of it.”

For myself, that magic was unleashed upon hearing Olzon rage her way through ‘Scaretale’. There’s no question that she shines on Imaginaerum as a whole, but this one track in particular (with ‘Slow Love Slow’ as an honourable mention) showcases her diversity and strength as a singer.

“That’s a fine example,” says Holopainen. “I just gave her the vocal melody and the lyrics, and I told her to imagine being in a nightmare and being the evil witch in the story Hansel & Gretel. Just release the bitch inside (laughs).”

The fact that ‘Storytime’ was released as the first single off Imaginaerum adds to the album’s appeal. Record label Nuclear Blast’s decision to release the Disney-esque ballad ‘Eva’ as the lead track from Dark Passion Play was perplexing and more than a little irritating considering Nightwish is supposed to be a metal band. The song and misplaced hype around it at the time only served to water down the album.

“I’m with you on that,” Holopainen nods. “I think ‘Eva’ was a good song to introduce the new vocalist and show people what Anette sounded like. That was the idea but it wasn’t the best possible opening, that’s for sure. ‘Storytime’ really represents the whole album.”

As for the Imaginaerum show, it’s a crying shame that some (most) venues in North America won’t get the full European spectacle when Nightwish comes through this fall. With a massive stage set that includes digital screens, props, and more pyro than your average KISS show, it’s one of those concerts that leaves you physically drained by the time the band has taken a final bow for the night. 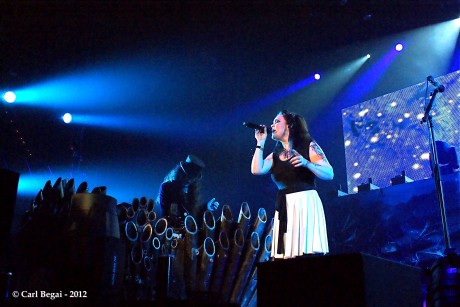 “The way we’ve built the show, it’s quite different from your normal heavy metal concert,” explains Holopainen. “It’s more of a Cirque du Soleil kind of drama with the screens and the pyro, and everything is thought over to the last subtlety. It’s like one big theater play that we’re doing. There’s not much talking between songs, we always have the same setlist, and everything is synchronised.”

Unlike a lot of veteran bands flogging a new record that go out and only play a couple of new tracks scattered amongst the crowd-pleasers in their catalogue, Nightwish pull out numerous songs from Imaginaerum and Dark Passion Play. Only a few of the older older songs originally done by Turunen pepper the set, but the band hasn’t been catching the flak they’d expected for designing things this way.

“It’s not like that, actually, which was kind of a surprise,” Holopainen admits. “For example, we’ve been playing ‘Come Cover Me’ from Wishmaster and that gets the least response… so we’re not playing it anymore (laughs). ‘Scaretale’ is a really good one, and ‘I Want My Tears Back’ is our biggest live hit off the new album. Altogether the response of the audience on this tour is not the kind of rapture we used to have years ago because what’s happening on stage is so multi-dimensional and theatrical that people are saying ‘What the fuck is this?’ It’s not the sweaty and slimy rock and roll show anymore; it’s more like being at the theater. We can sense that from the audience, which is what we went after.”

Nightwish has always been Holopainen’s baby, with the band following his lead. And while they’ve had an enormous amount of success as a group, one has to wonder if it was hard for him to sell the idea of Nightwish as heavy metal theater to his bandmates.

“Believe it or not, everyone was there from the beginning. Everybody through this is what we should do because 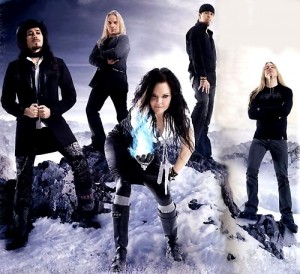 Nightwish is at its best as a theatrical band. We’re not heavy metal and rock n’ roll.”

Imaginaerum and everything around it – the album production, the live shows, the movie – is Holopainen’s biggest victory yet…

“I had some dreams in the beginning, so to be able to do this was a distant dream. Finally we have the means and the finances to do it, so in a way it’s a dream come true. But, it also feeds the thought that we need to do something different and even bigger for the next album.”

“Well, maybe we shouldn’t think in terms of taking it further,” he backtracks. “We need to find a new angle with each album so, for example, doing a fully acoustic album next time out would make perfect sense. As an artist you have to find something each time that’s a challenge for yourself and the listeners.”

They could always go back to a basic vocals / guitars / keyboards / bass / drums format, just to prove Nightwish doesn’t need the epic production and budget to match to be taken seriously as a band.

“We could do that,” Holopainen agrees, “and I think there’s a strong possibility that kind of stuff will happen in the future. But, the whole band really wanted to do something like Imaginaerum. We had to get it out of our system. We really want to do it like this and bring the stories alive with the orchestra and everything. I don’t know if there’s room for another album like this, or of we’ll go back to the basics.”

In closing, Holopainen explains how he came up with the oddball venture of turning Imaginaerum into a full blown movie, which was almost complete at press time.

“After we got the Dark Passion Play album finished, I thought it was so big and diverse that I was left wondering what we were going to do next. We needed to find a new challenge. It occurred to me that we could add one more dimension, which was the visual aspect of it. It’s not the first time a band has done a movie – The Beatles, KISS, Pink Floyd all did it before us – but we wanted to do something different. We decided to put all the songs from the album into the movie in the same order they are on the album and tried to do this fantasy drama thing.”

“This thing is living its own life already,” he adds. “We provided the basic idea, the screenplay and the music, but the production company pretty much took over after that. They’ve been keeping is posted once a month, but we really don’t have any control over it anymore.”

“We’re in the movie in cameo roles. There are professional actors in the film and there’s a plot, there’s a second music score as well, but people will spot us. I just got the first version of the movie last night, and it’s really weird (laughs).” 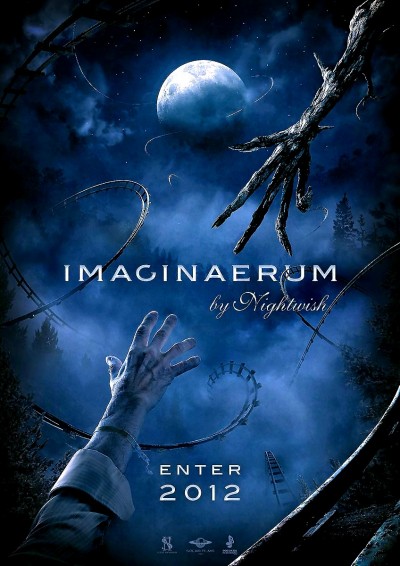 Check out the band overview of the Imaginaerum album here. The official teaser trailer for the moview can be found here.

One thought on “NIGHTWISH – A Scaretale For Storytime”