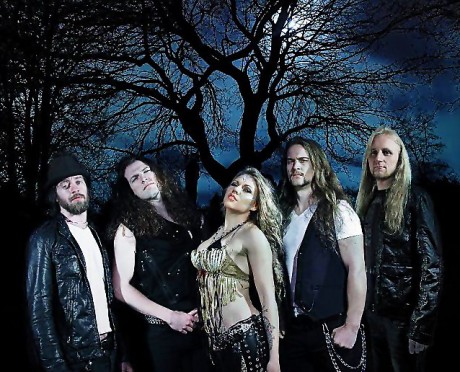 “When we signed the new deal the label wanted us to write more material for them to choose from so we could release the strongest album possible,” says Paige. “They also wanted to keep it upbeat, so they cut all the ballads. We wrote a bunch of fast hit-you-in-the-face songs and they picked four to be used with what we already had for Visionary. We actually wrote ‘Forever One’ in the studio, and that was created out of four different demos that the label decided not to use (laughs). It was pretty crazy taking chopped up pieces of songs and realizing we had one really solid song in there. What’s really interesting is how the band has evolved sound-wise on the new album. There are a lot of dual guitar leads, there’s some thrash in there now. Everything is so much bigger now.”

Out Of The Pit isn’t exactly a distant memory and Paige doesn’t take the exposure it gave the band for granted, but she admits the band has left the album behind. Look to their summer festival live sets as proof, which consisted of only new material months before any of it – with the exception of ‘Welcome To My Funeral’ – was released.

“For me personally, this new album was a far more remarkable experience,” Paige admits. “I was heavily involved in the writing process, which meant the songs were written for my range. Out Of The Pit was written as music before vocals without thought of which keys I sing best in. The new songs comparatively had a greater response in the live setting, and the biggest observation has been that they appeal to a much wider range of people. Out Of The Pit seemed to almost be appealing to a niche. I think in the future, however, we would like to re-do and polish up a song like ‘Legend’ and re-release it for fun.” 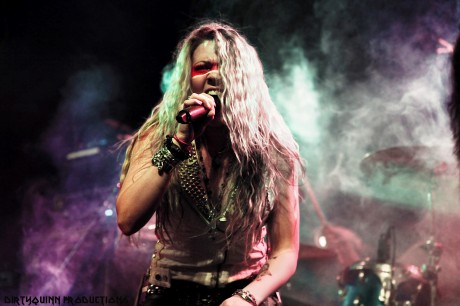 “We focus only on the new material in the live show,” she continues. “It’s the direction we’ve been trying to grow toward from the start and it just takes some living and experiencing to start forming it. To be completely honest, we actually haven’t played anything from Out Of The Pit for over a year now. Once we finished recording the initial version of the new album, none of us wanted to look back. It was refreshing to have new material to play as well, as we wanted to move forward with the evolution of the band. It was driving us crazy because we’ve been playing it, but nobody really knew it until recently.”

“I think the video definitely helped us because it brought out the band’s new sound. Everyone had different opinions about the band’s music when we started, but ‘Welcome To My Funeral’ appealed to a lot more people than we were expecting. Things definitely started to pick up after we released the video, and that song really marked the change in our sound. And, the new music is what got us signed to the label. The debut album wasn’t going to get us signed.”

Paige’s evolution as a vocalist has to be credited for the increased attention as well. Gone is the thin and reedy “character” songstress persona she had going into Out Of The Pit, since replaced with a gutsy ton-of-bricks School Of Dio voice.

“I guess in the beginning it was just fear,” she offers, in complete agreement that her early recordings were lacking. “When we started writing those songs I was 17 turning 18, it was all experimentation. I guess I should slap myself on the wrist because going into it, I thought ‘Okay, I’m a girl, I have to try and make this something special.’ If I try to do that old voice now, there’s just no way because the voice I have now is authentic, 100% me.” 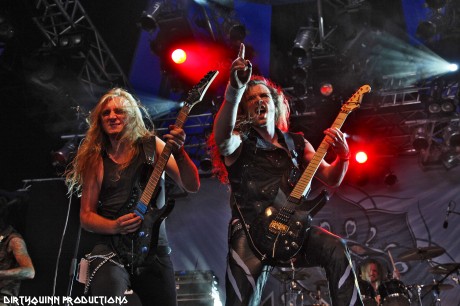 Kobra And The Lotus earned their new label deal rather than having it handed to them. The band came off from the beginning as a signed act thanks to the amount of promotion and touring they did behind Out Of The Pit even though it was a low key independent release. A large part of that was in-house management (Kobra Music Inc.) devoting 25 hours a day to keeping the in the public eye and on the road as much as possible.

“Management plays a huge part in all of this. First of all we’re artists, so we’re terrible at organization (laughs). We try and plan things out ourselves but we really need help because we’re not good at it. I’m a horrible manager. They won’t even give me the job of tagging my carry-on bag at the airport because I don’t have the head for it; it’s always somewhere else. The management is so critical for us. I find it’s the glue that holds it all together. As long as we have the product we can bring it and we can keep delivering it and giving our best, and management enables us to do that.”

Being able to call a big name record company home has elevated the band to a higher level, of course, thus increasing their level of responsibility and commitment to making a lasting impact. A frightening position to be in as newbies given the deal more or less fell from the sky.

“Oh, it’s scary, definitely,” says Paige. “The biggest scare for me initially, especially in the first five months after we signed the deal, I thought it was all going to be taken away from us (laughs). We’d signed the contract and had the legal documents that stated we’re not going away for four albums, so we’re locked in, but it was nerve-wracking for a while.”

“If I think back to how it was with Out Of The Pit and the attitude we had, we weren’t ready,” she adds. “We didn’t know anything. We still don’t know anything, but we’re learning and growing in stages as each situation presents itself. I can’t believe we thought that way back then, that we’d just go out and play for hundreds or thousands of people just like that.” 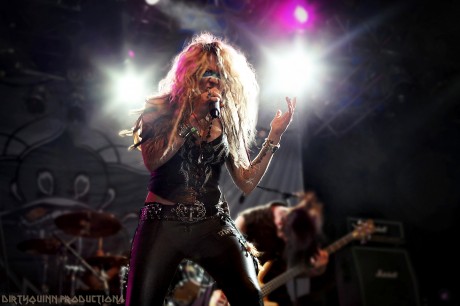 As luck and ball-busting hard work would have it Kobra And The Lotus have done just that in 2012, having played several major European festivals this summer including securing coveted slots on the Wacken and Bloodstock open air rosters.

“It was fucking amazing,” Paige says of the festival tour, which kept the band in Europe for part of May and most of June and included two surprise gigs supporting Black Label Society. “At our first festival, Sonisphere Madrid, there were more people there than we’ve played to at all our previous shows for every member combined. That kind of outreach blew our minds. As well, even though we had the morning shift most times, it seemed to be irrelevant to the people. Through rain, hangovers and early mornings, it didn’t stop them from coming to the shows. It made me feel pretty damn endeared to the loyalty of this culture and the fans it brings.”

“In regards to Bloodstock and the Wacken Open Air, we had been confirmed for Bloodstock before the tour but hadn’t been announced yet. Wacken was interesting because they were completely full and we were having a hell of a time getting on the bill. The owner/promoter created a slot for us after he saw us play at Download, which was un-fucking-believable. Some of us in the band always wanted to go to Wacken as fans, so to go there for the first time as an artist – and a baby fish – was a huge honour.” 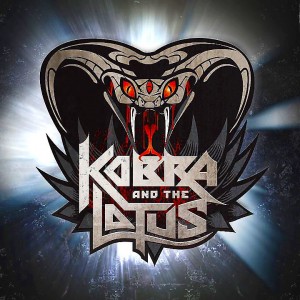 Exclusive live photos courtesy of Dirty Quinn Productions. Used with kind permission (which means that you need to ASK before stealing and using them).

For information on Kobra And The Lotus and their new album go to this location.