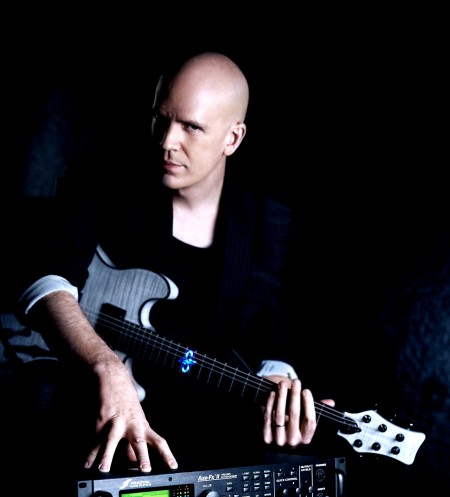 “I think for me, because I spent so many years writing records that threw curveballs at people out of a fear of success or failure, I never really allowed myself to make a record that was just straight up,” says Townsend. “I let myself go on autopilot for this one and I was actually surprised by what came out naturally. When I finished it I sat back and listened to it the same way I did with Alien (Strapping Young Lad), and I was thinking ‘What the hell did you make here?’ (laughs). I just allowed myself to write a bunch of stuff that seemed to be appropriate, and when all was said and done my first reaction was that Epicloud was too vulnerable, too exposed. They were going to kick me out of the Chess Club for not being progressive. I thought I was going to get lambasted for doing something like this.”

Which hasn’t been the case at all. Sure, the haters and fence-sitters are flitting about in the wings, but Epicloud has been embraced by a large portion of Townsend’s post-SYL fanbase in a big way.

“It’s been pretty good,” he agrees. “Overall, with the press it’s been ‘Oh, it’s another Dev record and it’s acceptable.’ Some people like it, some people don’t, and then there are other people that are invested in disliking it of course, but with the actual audience the reaction has been overwhelmingly positive in a way that I haven’t experienced to date. I think that regardless of the music and how it compares to the past, the thing about Epicloud that appealed to me was that I tried to make something that was positive. I really tried to go out of my way and not make something like a 15 minute prog epic. I wanted to make a rock record and I wanted to write romantic lyrics and make it simple. I didn’t want it to be over people’s heads thematically. I wanted to get back to Slade and Def Leppard. Maybe that’s because of the topsy-turvy world we live in, or because music in general these days seems pretty dire.”

“I’m really proud of it and I’m really happy to get it out of my system because it clears that whole thing out that I’ve been flirting with for so many years but maybe unwilling to commit to because it wasn’t cool or too commercial or something. When I actually committed to doing Epicloud it was ‘Fuck it; take all the pop stuff and the Def Leppard stuff and the over-the-top epic production stuff and do it all.’ That way I’m able to move on to the Z2 thing and Casualties Of Cool without a hidden agenda that may leech its way into things when it’s not appropriate.”

Townsend went on record with BW&BK way back in 1997 and the Ocean Machine album that he was and always had been a huge fan of “the big dumb rock record” approach. Epicloud is his way of (finally) confronting the desire to go for broke and make a serious attempt at creating one of his own.

“That’s the whole point of it. What’s kind of defined what I’ve done overall in my career is that it’s polarizing in general. There are people that like one thing and may dislike another, and that’s to be expected given the nature of how disparate it is. For me creating the shit, I find that a lot of why I do music in the first place is to find ways though my process and try to conquer artistic hang-ups. That ultimately allows me to deal with my hang-ups in real life in more effective ways. One of them is maybe admitting that my desire to play big dumb rock is a lot closer to the surface than I allowed myself to think it was. When I was making the album I was thinking ‘You should study pop song structures and use them. And you should get a choir because you want to make it epic to fulfill that quasi-agnostic spiritual thing that you’ve always been flirting with. And shit, you like female vocals better than male vocals; who have you worked with that there’s no drama?’ That’s why I asked Anneke to come back for this one. I’m proud of Epicloud in hindsight more than I am of many of the records I’ve done, to be honest.” 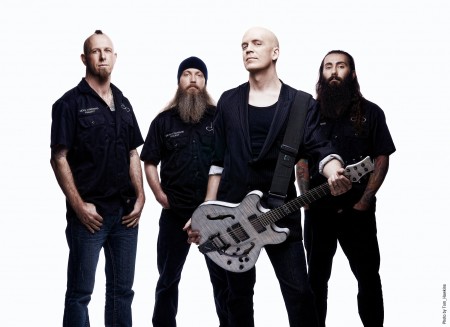 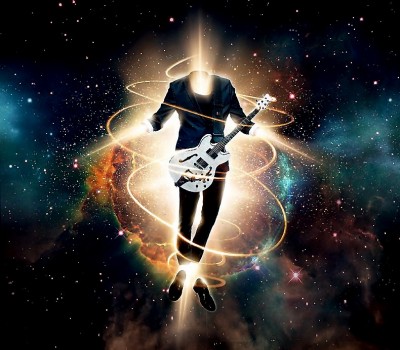 Check out my review for the Epicloud album here. Audio samples from the record can be found along with a commentary from Townsend here.