Since there’s no NHL hockey season thanks to certain greedy sons of bitches, you can brush up on your Canuck metal below: 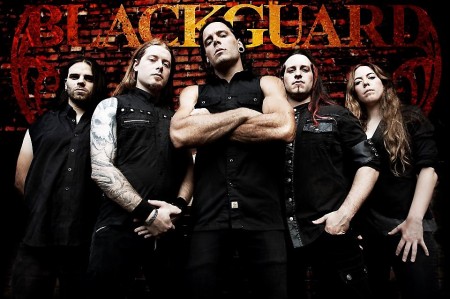 Blackguard are back on the road yet again, only this time they’re on the other side of the pond on the highly anticipated Kamelot tour. This is going to be huge for the band in the Kamelot are a huge draw right across Europe, and the band’s new Silverthorn has been receiving rave rviews across the board. Vocalist Paul Zinay recently commented on the trek:

“We had a blast conquering North America with Kamelot and now it’s time to conquer some new territories. We are very honored that we were asked to join them on this tour and we’d like to give our deepest thanks and gratitude to Thomas (Youngblood / guitars) and all of the Kamelot crew for extending us this invitation. This will be the last tour supporting our latest album Firefight and we can’t imagine ending on a higher note than this.”

Blackguard is due to release their new album, Storm, in the spring of 2013 via Victory Records. 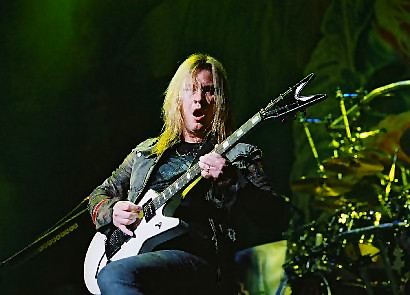 Former Megadeth guitarist Glen Drover is putting the finishing touches on his next solo album, and he recently announced that he’s on board as a member of vocalist Geoff Tate’s new version of Queensrÿche. For those of you that have been living on Mars – since even microbes on the moon have heard by now – Tate was ousted from Queensrÿche and replaced by Crimson Glory singer Todd La Torre, resulting in what is one of the uglier band splits in metal. It’s anybody’s guess how Tate’s new band is going to go over given that his former bandmates are focusing on the band’s early metal roots, which is going over a storm with fans.

Drover recently offered the following to BW&BK: “This is a band that I grew up with and have always respected a great deal. It will also be great to play with the other musicians involved that I have never played with before. Really looking forward to to this! See you on tour soon…”

The band is rounded out by Rudy Sarzo, Bobby Blotzer, Kelly Gray, and Randy Gane. 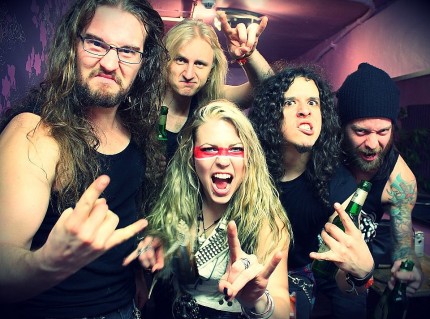 Kobra And The Lotus have gotten a lot of mileage out of their new self-titled album, having wrapped up a busy summer even before the release with an extensive European festival tour. The band is currently on the road support Steel Panther – also in Europe – and when they return home the band will head out with Finnish bashers Sonata Arctica for a string of dates.

In addition, they have released a video for the song ’50 Shades Of Evil’, which is available online in selected territories thanks to the internet police. Click here to check it out. I’ll be publishing an exclusive behind-the-scenes picture gallery from the shoot, which took place in Toronto this past August.

And, the band recently parted ways with guitarist Timothy Vega for undisclosed reasons. He’s been replaced by Peruvian shredder Charlie Parra del Riego, who is more than capable of getting the job done judging by the footage that has surfaced on YouTube.

Finally, The Agonist have released a new video for the song ‘Panophobia’, taken from their new album Prisoners. Check it out here. They’re also gearing up for live dates in Taiwan and Japan; click here for details.

And, for those that may have missed it, The Agonist vocalist Alissa White-Gluz provided guest vocals on the new Kamelot song ‘Sacrimony’ – the first single from the band’s new album, Silverthorn – and also appears in the video (found here). On top of that, she recently participated in Kamelot’s North American tour supporting Nightwish, performing a couple of times during the set, with her appearances during ‘March Of Mephisto’ going down a storm with the fans.

In addition, Alissa and Kamelot’s main backing vocalist Elize Ryd were asked to fill in for ailing (now former) Nightwish singer Anette Olzon in Denver on October 18th. Folks have probably seen footage of Alissa and Elize hitting the stage with lyric sheets in hand (click here) and doing one hell of a job all things considered. Just wanted to say (yet again) that Olzon was a complete twat for not acknowledging their efforts on her behalf and in the interest of the band and fans. Respect to the ladies, and to Tuomas Holopainen for having the sense to cut loose a diva in sheep’s clothing.