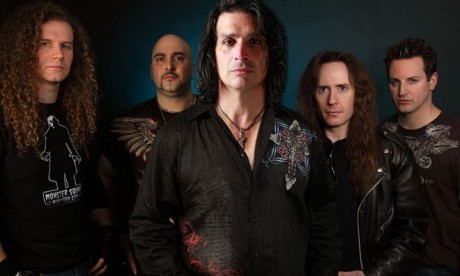 “Order Of Chaos was finished in January 2012. I finished it before went out to California to do the Animetal single ‘Rock Lee’. The label (Inner Wound) wanted to wait until towards the end of the year to release it. It looks like the label manager made the right decision, but it’s been done for a while. I’m glad it’s finally out.”

Talking up Order Of Chaos as being a better record than Carnival Of Lies is pointless given that Carnival came and went with nary a whimper. Many fans were oblivious of its existence until years after the official release thanks to some royally crap label “representation.”

“Carnival just got buried,” says Vescera. “Mausoleum (former label) didn’t do anything in Europe, and the release out of the US was a joke. I was surprised at how nothing was done. We had no press, nothing. We thought Carnival was a cool record, and I was actually very surprised by how many people heard it and liked it. It just never got the push it should have.”

Which is part of the risk you take in the music business, but Obsession got screwed in a major way at the time. 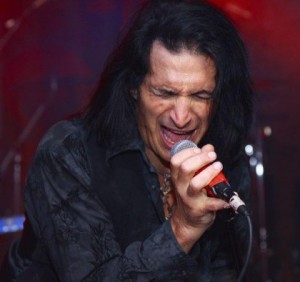 “When you’re trying to get paid and the label is telling you that only sold five copies, meanwhile you’ve signed 5,000 copies of the record at autograph sessions, it’s ridiculous. It’s upsetting, but we’re just happy that we’re back with a new one. But who knows, maybe Carnival will resurface at some point.”

It turns out that Vescera is the only remaining original member of Obsession, yet the new album is a solid echo of the band’s early works. It’s a similar situation to guitarist Jeff Waters and Annihilator in that Vescera embodies the band’s sound and spirit. Without him everything stops dead.

“I’m the only one left. Jay (Mezias/drums) left shortly after Carnival. We did a bunch of shows, but he ended up meeting a girl and getting married. I’m still in touch with him, but we were at a point where we had to make a move. When you hear the drums on the new record, you can hear that BJ (Zampa) did great. These guys are all from Connecticut and they were really familiar with Obsession because we were like local heroes or something (laughs). They kind of just get it. They’ve been working with me for a while (since 2004), they’re real metal fans, and they understand what Obsession is all about. That makes things a lot easier.”

“Obsession has its own sound, its own style, and I just fall right into it. It‘s not like I force it; it all happens naturally. It’s such a big part of my life, so when people come to me raving about the new album saying ‘It sounds like the old Obsession!’ I’m happy because that’s what I do.”

With regards to the cliché question as to whether any leftovers from Obsession’s early days made it to Order Of Chaos, not this time. But there is old material that can potentially be dusted off in the future

“There are a couple songs that we were maybe going to rehash at one time. Back in the day we’d go out and do all original stuff, but some of it just never made it to a record. Those songs are something we’d like to pull out and explore and maybe record them for the next one. We’ll see.”

As for touring in support of Order Of Chaos, it’ll come down to Vescera’s schedule with Animetal USA. Fortunately, the project’s keepers at the record label are supportive of Vescera and his bandmates’ other activities and give them a decent amount of room to move.

“That’s the cool thing about Sony and all these other people around Animetal USA,” says Vescera. “They want us to do other things as well. I can do what I want with Obsession as long as they know what’s going on. Wherever I’m at, if they need to fly me in for something they will. At this point we’re trying to keep it all together. If we tour for Animetal maybe we can tour with Obsession amongst that, I don’t know. But whatever I need to do, I’ll do.” 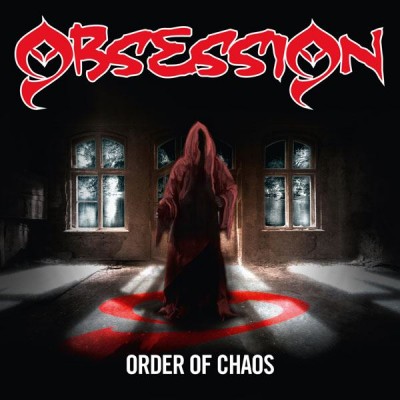 Check out an Order Of Chaos album teaser here.

One thought on “OBSESSION – Lay Down The Law”