Nightwish gets a scrapbook all its own due to a brilliant show in Nuremberg – featuring more pyro than the sun – and a day and night hanging with some of the finest people in the metal business.

Back home for my annual visit in August, it seemed to be all about the music this time. Heavy T.O. proved to be a hell of a lot better than expected given what I’d originally dismissed as a weak line-up, Fraze Gang rocked harder than anyone was willing to give them credit for at the beginning, and vocalist Amanda Kiernan proved beyond a doubt that she is in fact worthy of fronting Into Eternity (mind officially blasted to dust half way into the gig…). Being invited to attend the video shoot for Kobra And The Lotus’ new song ’50 Shades Of Evil’ was an awesome surprise, and then there was the preview of Famous Underground’s new album, due out in 2013. Never thought I’d be hearing Mercyful Fate in a band with its roots in Slik Toxik…

No shortage of drama, either, what with Queensrÿche falling apart and Nightwish singer Anette Olzon getting fired mid-tour.

With regards to the ‘Rÿche split, it’s a crying shame on the one hand for those of us that grew up with the band through the ‘80s, but it may be a blessing in disguise given the new old school-flavoured material featuring Crimson Glory singer Todd La Torre (if the demo clips are anything to go by). And for those on Tate’s side of the fence, his new solo album Kings & Thieves features some of his best songwriting in almost two decades. Seems they’re better off apart, but it’s a safe bet that no matter how the 2013 court battle over the rights to the Queensrÿche name ends, it’s going to stay ugly between both parties.

As for Olzon, she exhibited some of the most appalling behaviour a performer can be accused of by dissing her bandmates – and ultimately the fans – in an online blog following their September show in Denver, CO. Having fallen ill prior to the gig, the band – with the blessing of the audience – opted to go ahead with the show using tourmates Kamelot backing vocalists Alissa White-Gluz (The Agonist) and in particular Elize Ryd (Amaranthe) in Olzon’s place. Rumour has it Olzon was already on her way out due to other behind-the-scenes issues, but she pulled a dumb-ass disrespectful diva move by claiming the band was wrong to go ahead without her. That cry of “me me me!” outed her a self-centered brat, and thus we say good riddance to a shit attitude.

Finally, we said goodbye to another pioneer of this movement we call metal, Mr. Jon Lord of Deep Purple fame. Gone but not forgotten thanks to the thousands of musicians he influenced in his lifetime. 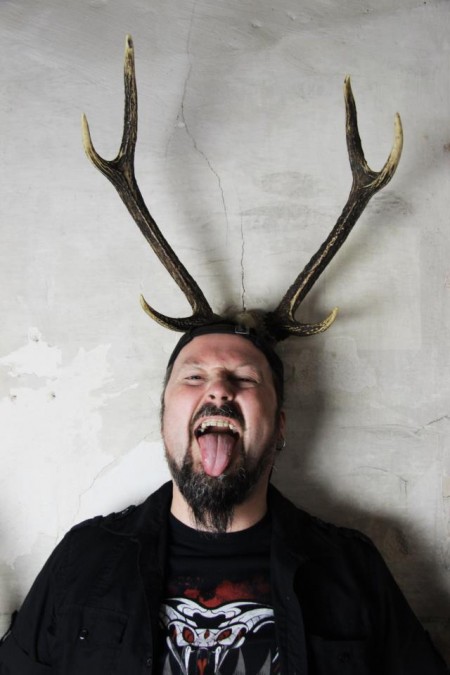