I’m going to start this story with an apology to Tobias Sammet and all those involved with the Avantasia machine.

In my initial overview of the new album The Mystery Of Time (found here), I did a fair job of smack-talking Sammet’s previous Avantasia effort, The Wicked Symphony / Angel Of Babylon double album. In my world it was just too damn long, with only three songs of a possible 22 having left a mark on my brain since the 2010 release (‘Scales Of Justice’, ‘Stargazers’ and ‘Death Is Just A Feeling’ in case anyone cares). In stark contrast The Mystery Of Time boasts only 10 songs, and after only one time through during the listening session at the Nuclear Blast offices in Donzdorf, Germany there were melodies and riffs still resonating in my head days later. I blame my harsh view of The Wicked Symphony / Angel Of Babylon on being smacked with too much information at one time, while The Mystery Of Time is an exciting “buckle up” ride if you’re a fan of the genre. It seems my enthusiasm may have gotten the better of me. I still say Avantasia’s previous outing pales in comparison to the new album, but by no means had I intended to dumb down Sammet’s vision or the work that went into making it a reality. 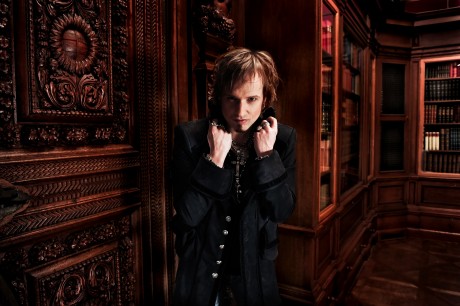 That said, during the listening session for The Mystery Of Time, I did mention to Sammet that I thought The Wicked Symphony / Angel Of Babylon was too big for its own good.

“Definitely, I agree,” says Sammet. “Not that I would throw away any of the material because I like all the songs, but some of the songs suffered from being just one out of 22 songs that came out at the same time. The songs that would have been really appreciated on an album of 10 tracks were called ‘weak’ or ‘fillers’ because there was so much competition. That was something that I wasn’t able to predict. I thought, ‘I wrote the material, I like each song because I had months to become acquainted with them.’ I knew every detail of every song, so they were very important to me.”

The Mystery Of Time offers so much more to sink one’s teeth into because of its compact nature. Short-ish, sweet, wonderfully diverse, and straight to the point.

“I’m really with you on that,” Sammet agrees. “This album is an entity all its own, and compact is the best way to describe it.”

Ultimately, it’s the fanboy in Sammet that fuels Avantasia. Take ‘Invoke The Machine’ as one of several examples, perhaps the greatest Pretty Maids song the Danish legends never wrote. Done up as a tip of the hat to the band’s biggest hit ‘Future World’ – by accident or design, who knows? – the song features Pretty Maids singer Ronnie Atkins trading vocals with Sammet.

“I brought Ronnie in because I wanted to have him 13 years ago (laughs). I wanted to have him on the first Avantasia album and he didn’t want to do it. Back then it was much more difficult for me because I didn’t know as many people as I know now, but I worked really hard to get his phone number and I called him. He was ‘Well, no, I don’t think so…’ and of course that was his reaction because I was just some guy calling out of the blue asking to have him sing on an album for a band he’d never heard of. When I met him in 2012 on the 70000 Tons Of Metal cruise, we talked for two hours and he was so nice. I called his management after that and asked about Ronnie doing the song, and he was totally into it.”

Perhaps less of a wishlist item and more of a middle finger to those that stirred the pot with talk of a mean-spirited rivalry, Sammet also invited fellow rock opera mastermind, Ayreon creator Arjen Lucassen, to perform on ‘The Watchmaker’s Dream’… but not as the guest vocalist so many fans are expecting to hear. Nope, Lucassen breaks out his guitar to trade licks with veteran keyboardist Ferdy Doernberg (Rough Silk). This is the second collaboration between Sammet and Lucassen, albeit done long distance rather than in the studio.

“This time it wasn’t even a phone call; it was just emails back and forth,” Sammet reveals. “We’ve spoken on the phone a couple times and Arjen’s a really great guy. This rivalry thing wasn’t actually a true rivalry at the beginning, but when we released our albums at around the same time we were asked about each other all the time in every interview. It was getting annoying because I wanted to promote my own album and they were asking me about my worst competitor (laughs). I was so happy with his guitar solo. I got back to him and said I thought it was amazing, and then I started wondering if he thought I was taking the piss because I was overdoing it, but I was truly amazed by what he’d done.” 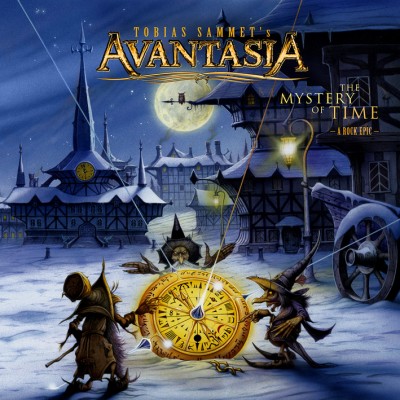