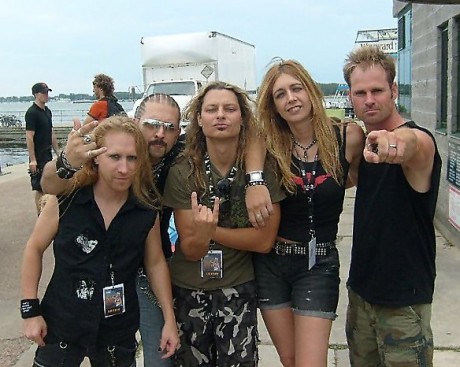 “I had a call from the promoter who did the Todd La Torre-fronted Queensryche show back in March here in Toronto a few weeks before it went down. Just a message on Facebook asking me to give him a call when I had the chance. I was thinking that it could work for us, that doing a show supporting Queensryche would look good on our resumé. I called him up and he told me that he has Slaughter coming to town this August, and he was wondering what it would take to do a Slik Toxik reunion show. I had to wonder what rock he’d just crawled out from under (laughs). I told him that we were offered a bucketload of money 10 years ago to do a reunion and I turned that down, so it wasn’t about the money. On top of that, some of us haven’t spoken to one another in 10 years or so. I told him ‘It’s not gonna happen, but since you got in touch with me through Facebook, have you not seen any of the new stuff I’m up to now?'”

Pegging the Famous Underground sound in print isn’t an easy task by any means. Calling the band sleaze rock in accordance to Walsh’s Slik Toxik roots is a disservice, and full-on metal they’re not (although the band’s live covers of MEGADETH’s ‘Peace Sells… But Who’s Buying’ and MOTÖRHEAD’s ‘Ace Of Spades’ proves they can indeed pull it off). The international hard rock/metal press has jumped on the Famous Underground debut, and while opinions on the highs and lows of the record may vary, it’s been acknowledged across the board that the band does a fine job of walking the line between traditional and something gritty and new.

“I’m a fan of a lot of the metal or rock that’s out today,” says Walsh, also a discerning fan of old school metal bands like Mercyful Fate, Crimson Glory and Iron Maiden. “Out of the ‘new’ groups out there, I like Avenged Sevenfold, Stone Sour, Disturbed, and part of the reason for that is I can hear elements of some of the stuff that I love that influenced me so much in that music. There are so many sub-genres in metal and rock now, I just say our music is a combination of many varieties of hard rock and heavy metal. We’re not going to paint ourselves into a corner and strictly do one form of rock or metal, we’re not going to shy away from ballads because some people think they’re not cool.”

“Famous Underground is all-encompassing because we like all kinds of music.” he adds. “Look at Guns N’ Roses, who were hailed as one of the most dangerous bands around back in the day; they also put out ‘Sweet Child O’ Mine’ (laughs) and a whole record (G’N’R Lies) with a bunch of acoustic stuff on it. We’re one of those types of bands. We’re not going to try and fit into the mold of cock rock, but at the same time we’re not going to shy away from having girls at our shows. We’ve got elements in our music that’ll bring the guys and the girls out with their fists in the air.” 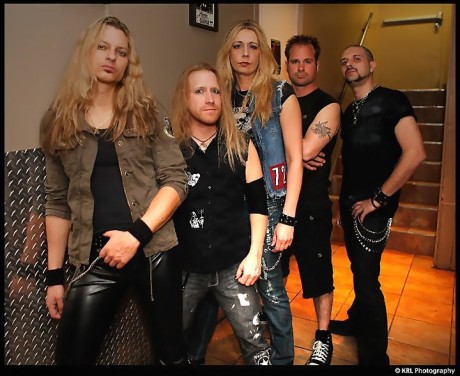 Click here for my review of Famous Underground’s debut album.