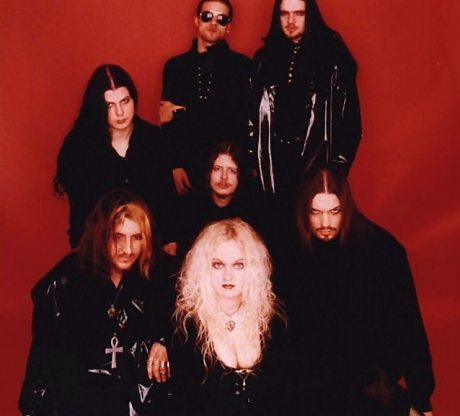 “This was a natural progress for Raymond and the band,” drummer Hein Frode Hansen explains. “We changed both our guitar players and that obviously brought new influences to the band. The goth rock and elements of traditional songwriting became more relevant, and we wanted to make the perfect goth record for both metal and goth fans. It was probably more goth with a metal sound than the other way around (laughs). It was an homage and a wink to the elders Fields Of The Nephilim, Sisters Of Mercy, The Cure, The Cult and The Mission, and we started experimenting more with programming and samples. The feedback was very diverse, but most people came to enjoy it. As one fan said, ‘It is the perfect album to make love to!’”

Olsson and Frank Claussen – who replaced guitarists Tommy Lindal and Geir Flikkeid – are happy to claim responsibility for influencing Theatre of Tragedy’s new direction on Aegis.

“After the two first records the band went through some significant changes,” says Frank. ”I think most of the old members wanted a new musical direction, and together with myself and Tommy Olsson as new arrivals the band set out to make different sounding material. We were influenced by bands like Sisters of Mercy, The Fields Of The Nephilim, The Cult, The Mission, and none of them had anything to do with growling vocals. So when the music was more atmospheric and gothic Raymond’s voice had to follow.”

“It came as a really natural thing,” Olsson says of going in a more gothic direction. “At the time, Hein and Raymond were very much into gothic rock, and so was I, and I guess that’s why they asked me to join the band in the first place. So it was quite a conscious move. If I remember correctly everyone was getting a bit fed up with this ‘Beauty And The Beast’ thing, so we deliberately tried to do the vocal stuff very different from the previous albums.”

By taking the “more goth – less doom” approach it seemed that Aegis was built with live performances in mind. Opinions among the band members are varied; Lorentz for one doesn’t believe it was something they focused on while writing the album.
.
“We thought sometimes that it would be good to have songs that could be more fun to play live, but that wasn’t really our forté. We seemed to be better at writing laid back, wine-sipping tunes than hard hitting goth-clapping songs.”

“We definitely wanted to have material that could bring out more crowd reaction as well as enabling us to move around a bit more on stage,” Hein offers. “I think we half-way succeeded. Half of the album is more up-tempo and half is really slow and atmospheric. Too bad we only did a handful of shows to support the record.”

“One of the first songs we wrote for the album was ‘Lorelei’ and we were thrilled by the fact that we were able to pull off such a song,” reveals Frank. “I think that song held the key for us writing such music. It opened a new world for us.”

Aegis took longer to sink in compared to it predecessors because it was vastly different. In Frank’s opinion “the fans probably didn’t know how to take it all in. I think people had to learn to like it.” 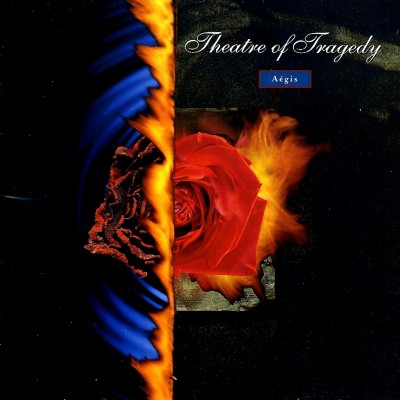 And that’s Part 3 of the re-issue teasers. Check out the previews for the self-titled debut and Velvet Darkness They Fear, then go purchase the re-issues here.