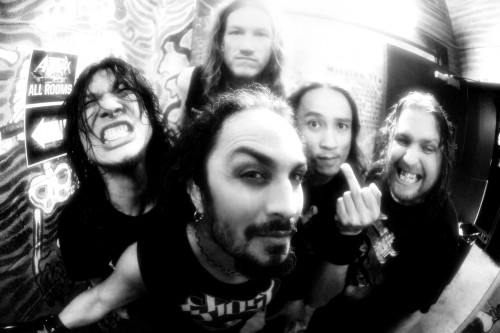 The Dream Calls For Blood is an awkward album title perhaps better suited for a prog band with anger management problems, but the music behind it is most certainly Death Angel as they’re known and loved. Much of the material is reminiscent of The Art Of Dying’s full-on bullet train approach, leaving fans little room to catch more than a breath between songs.

“That wasn’t really planned as much as it was hoped for,” Cavestany laughs. “When I start writing music I just start writing; nothing’s planned. Initially, we were thinking that it would be cool if our next album was really, really heavy, raw, fast, and totally metal. The main idea was to keep a consistent flow on the album, which we haven’t really done since The Ultra-Violence because we always incorporate a lot of different influences and various styles. We’ll have the occasional acoustic song or a slower tune or a mid-paced tune, and we do that because we like a variety of music. We’re just doing what some of our favourite albums do, like Queen or Led Zeppelin, but doing it in a thrash form. This time around we thought it would be nice if it didn’t end up that way. I was thinking that if we didn’t end up with slower songs I’d be happy because I like the idea of things being fast and up-tempo all the way through. We wanted to make an album where you don’t have to be in the mood for that other kind of song. That was the part that was ‘planned’, but that was really just in the back of my mind.”

“The other reason this album turned out the way the way it did is because most of it was written on the road. We toured so long on the last album (Relentless Retribution) that we had to start writing new material or it was going to take forever to get the new one done. I was very inspired by the energy of the show and the crowd and the other bands we toured with. And towards the end of the tour we did start playing (first album) The Ultra-Violence in its entirety to celebrate the album’s 25th Anniversary, so that must have crept into the vibe, too.” 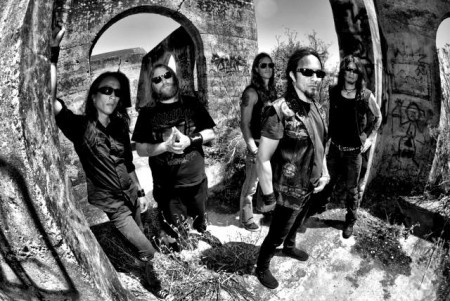 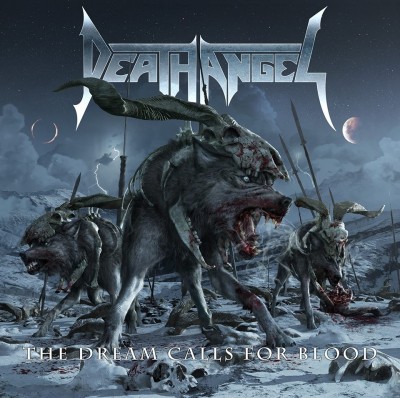 Check out Death Angel and The Dream Calls For Blood on Facebook here.