Back on October 24th, 1991 a 22 year-old head-in-the-clouds metalhead sporting the oddball name of Carl Begai took his kid brother to see Queensrÿche at Maple Leaf Gardens in Toronto. The band was soaring on the strength of their now classic Empire album, and it was a show never to be forgotten by either sibling. A cult fave of the prog metal world through the ’80s, Queensrÿche had finally (and unexpectedly) hit the big time and gave the fans an arena show to match. Of course, if you’re a fan you’re fully aware of how things have gone to hell since then. Never mind the 20 years of pussyfooting around the band’s metal roots since Empire; amidst personal and professional ugliness there are now two versions of Queensrÿche, one featuring vocalist Geoff Tate and a new line-up, the other with former Crimson Glory singer Todd La Torre taking Tate’s place fronting the (almost) original roster. A recipe for confusion that will be rewritten in January 2014 when the battle over the band name goes to court. 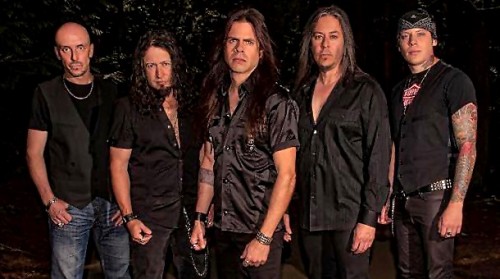 Twenty-two years and a day after that fateful Toronto show, I caught up with the Todd La Torre fronted incarnation of Queensrÿche – the real QR for anyone that has heard their new self-titled album – in surroundings far and away from the glory of Maple Leaf Gardens. In the middle of a European tour, the band touched down in Munich, Germany to play a simple rock club catering to only a couple hundred people, one of several steps towards rebuilding the Queensrÿche name as it should be remembered. Prior to the show we sat down to discuss Todd’s rise to fame and the band’s return to greatness.

“I was going to do both,” Todd says of leaving Crimson Glory to join Queensrÿche, which was official as of February 2013. “When I joined (side project) Rising West which then became Queensrÿche, they knew I was in Crimson Glory but they never said ‘Hey, you’ve gotta quit.’ As far as the guys were concerned, as long as I could do both and Crimson Glory wouldn’t infringe on Queensrÿche’s touring, cool. They knew I had an obligation to do a record, so they weren’t going to tell me to quit. What upset me and still does is when I read statements from Crimson saying that the writing was on the go when I joined the band, but the fact of the matter is that’s not true. I’m still friends with the guys but I haven’t talked to Jon Drenning (guitars) in over a year. When I’m back home we try to get together for dinner – me, Ben, Dana, Jeff – just to maintain that friendship. I care about those guys.”

Todd has no regrets about leaving Crimson Glory for Queensrÿche. Looking back on when the offer came down, he agrees it was a no-brainer.

“This is a dream come true… exponentially. When things went down it was like, ‘I have to do this.’ Parts of it are surreal, other parts are not because I know these guys now. We’re all very close so I don’t see them in the same way I did before just as a fan. I’m still a fan, but not the way I used to be.” 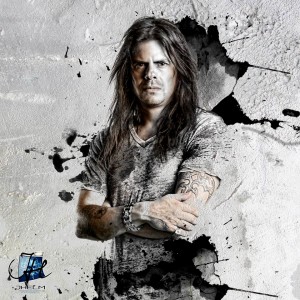 Joining the band of his dreams also put Todd in the line of fire. Keyboard warriors from around the world who felt he should be punished for the split with Geoff Tate did their best to shoot Todd down online even as he was being praised for his efforts.

“It doesn’t bother me now,” Todd insists. “It bothered me for a long time only in the sense that nobody – including myself – would ever try to diminish how great Geoff Tate was. I guess the hardest part for me has been that up until the new record, all I had to represent me were life performances on YouTube shot with mobile phones. People were comparing me to Geoff Tate in his prime on a record where multiple takes were made to make things perfect, which is how records are made. That was always frustrating. I’m never going to be him, I don’t want to be him, but I do want to try and sing as good as he did on those albums. At first it was really hard for me because I’m an emotional guy. I’ve been called every name in the book, I’ve gotten death threat emails. That even happened in Crimson Glory, which was good preparation for this. I’ve been down this road before so if you want to talk shit, fuck off.”

“I get along with everybody, but if you’re just going to treat me like shit because I’m in a certain position, what would you do? If you were aksed to play an instrument or be in a band that you loved, what would you do? That’s the thing; the anonymity of the internet allows people to just be bullies, be rude, and they don’t have to be held accountable. If any one of those people said any of that stuff to my face, it wouldn’t even be a conversation. That said, I don’t read that stuff, I don’t care. I would say that the majority of the fanbase – unless you’re an absolute purist and don’t want to be open minded – they have supported what we’re doing.”

At the time of this interview, Todd’s first album as the singer for Queensrÿche had reportedly sold upwards of 50,000 copies worldwide. Not at all surprising given they were able to return to the band’s signature sound with Geoff Tate out of the picture.

“The whole team behind the band has changed,” says Todd. “Before, they were managed by Geoff Tate’s wife and family members were involved. I’m not saying that’s a bad thing, but we’re with a group of people now that have way more respect and pull in the industry. Their sole job is focusing on the best interests of Queensrÿche and the brand, not just one person.” 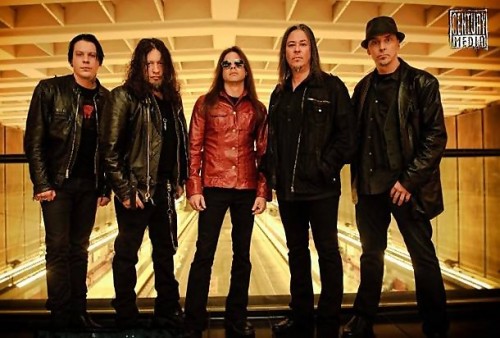 Go to this location for information, updates, and a truckload of Queensrÿche live footage.