Schaffer is and has always been the creative force behind Iced Earth, but the singers he’s chosen to front the band over the years ultimately were saddled with the responsibility of bringing his vision to life. Iced Earth is big on conceptual songwriting, don’t forget. Asked just how much Matt Barlow, Tim “Ripper” Owens and Stu Block influenced his writing between the first spark and final studio recordings, Schaffer says it’s a grey area.

“They’re all very capable singers; very talented and all very different. I’m proud of all the records I’ve done with Stu, Tim and Matt. And even John Greely, because Night Of The Stormrider (’92) was a big album for Iced Earth when we were starting out. Stu contributed more lyrics and melodies than any of the other singers that have been in Iced Earth, and we just work really well together. Just how much they influence my vision, I think that’s something people will speculate over forever.”

For Plagues Of Babylon, Schaffer gave Block plenty of room to breathe when it came to bringing his own ideas and influences to the table. 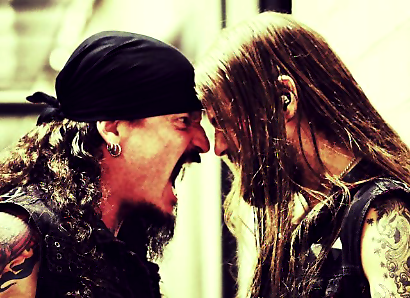 “Jon gave me creative freedom right from Day 1,” Block says. “When I tried out for the band we wrote a song together (‘End Of Innocence’) so I was able to prove that I could write lyrics, good cadences and melodies. Jon is great writing cadences and melodies, so when you put two people that can do that kind of stuff together things go a little bit quicker. I was given the same amount of freedom for Plagues Of Babylon and I was more relaxed this time out because I’m not the new kid anymore. When we first started writing Dystopia I was nervous – how could I not be? – but with this second record for me, both Jon and I knew what to expect from each other. We had a great time with it, bouncing ideas off each other and experimenting with different things.”

“Of course we discussed what Stu’s voice should be like during any given part of a song, and it’s the music that dictates that,” Schaffer adds. “The arrangements of the songs always tell you what direction you should take. We always discussed how the music was speaking to us individually, and we talked about the storyline as well. Some songs I wrote by myself, Stu wrote all the lyrics for some of the songs, and we wrote a few together. It was a mix, and that’s exactly the same thing that happened on Dystopia. We used the same formula because it worked really well. It was just a matter of Stu growing more and finding himself more and finding those new spots in his voice. Whether we’re doing a demo or doing a song for real, we discovered new things that he can do in another colour with his voice. It’s great to have that.”

According to Schaffer, other factors that influenced the way Plagues Of Babylon turned out include the 150 shows for Dystopia under Iced Earth’s collective belt, and the band’s current line-up.

“Troy (Seele/guitars) has been in the band a long time now, too, and Luke (Appleton/bass) is a great talent on the bass. He came up with some great bass lines and took things to a whole new level. It’s not just about Stu and me; it’s about everybody doing the best they can. It’s my job to push them to do the best they can. A lot of people can’t handle the pressure, a lot of people don’t have the ideas.”

“We did a lot of touring for Dystopia so I had the chance to find my voice and build it up, to find what I can and can’t do,” Block offers. “As that developed, going into Plagues Of Babylon I knew there was some new stuff that I wanted to try.” 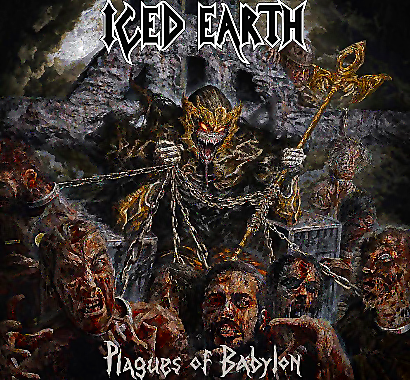 For information and updates in Iced Earth and Plagues Of Babylon click here.