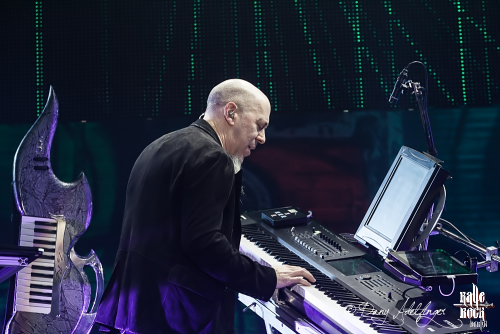 “We decided that we were going to do the An Evening With… shows, which is a big thing because we’ve been going out with opening bands and not offering the whole big production,” Rudess begins, recapping the European tour. “This time it seemed like the fans and the promoters really wanted that and we were ready to make that happen. It was three hours of music and it was a big show; a lot of playing and my fingers are definitely feeling it (laughs). The reaction to it was really great. I felt like the European leg was our best tour so far, especially looking at the ecstatic faces in the audience at the end of a really long show. It proved to me that doing things like this was a great idea. We went into this with the idea that we would try to up our game a little bit and put even more into the show. Not only the amount of time that we played, but the whole experience. We wanted to create a show where, from the time people walk in the door to the time they leave, they’re part of our world. We wanted to take people on a journey with this tour so we put a lot of thought, time and energy into it. At the end of that two month leg, I have to say doing things this was was a gamble that paid off in terms of making the fans happy and bringing more people into the shows.”

It was certainly a gamble in that any show exceeding two hours, particularly featuring music as complex, intense and downright epic as what Dream Theater offers, runs the risk of boring the snot out of even the artist’s most ardent fans.

“I think the word is spreading, and that’s what we wanted to happen,” says Rudess. “We want people to say that his is a must-see Dream Theater show. It was a lot of work, it didn’t just happen. Like, how do you play for that long? As you said, the music is very intense and is demanding for the listener, so the question is how to go about capturing people and bringing them along for the ride without overwhelming them. Judging by the feedback we’ve gotten, we accomplished our goal.”

Since the release of the new album, and due in particular to press coverage during the European tour, it’s become very clear that Dream Theater is functioning as a unit better than they have in years. Interviews conducted with Rudess, John Petrucci (guitars) and James LaBrie (vocals) have hammered home the point, as far as they’re concerned, that Dream Theater functions better without founding drummer Mike Portnoy, who left the band in 2010. Asked to explain their stance, Rudess is genuinely respectful of Portnoy when discussing his influence on the band for better and/or worse.

“I think what happened is that Mike Portnoy, whom I have a lot of respect for to this day – he’s a wonderful musician, he’s creative, he did great things for Dream Theater – when he left everybody else was able to offer their full energy to the project. You’re talking about five guys who are extremely capable, who can make and produce their own albums, who just know how to do this, and we kind of allowed Mike to take over a lot of stuff. When we got to the point where he was no longer there we were excited about having that extra space. We suddenly had an organization that could be fully democratic and we could put ourselves behind it and figure out the best way to make it work. It was a cool feeling because we were able to present ourselves as a unified force; five guys that put themselves out there (with Mike Mangini in Portnoy’s place), not only in terms of ideas and what was happening from a business aspect, but also when we walked out on stage. So many people have said to me that there’s this amazing energy in the band now, and ‘unified’ is the word that comes up a lot.” 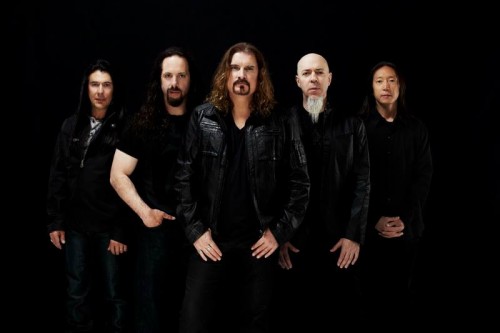 Go to this location for Dream Theater’s complete tour schedule.