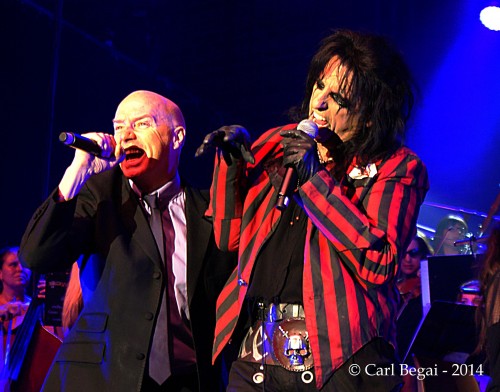 – seeing and hearing four of five Primal Fear members out of their metal comfort zone is always a blast. They set a new benchmark for themselves this year.

– keyboardist Jimmy Kresic sported an array of different looks over the course of the show. Ten years from now he’s going to have more hats than Elton John has custom glasses.

– Kim Wilde sounds exactly the same as she did 25 years ago. For someone that probably hasn’t toured or performed on this level for quite some time she has a frightening amount of energy on stage. She received almost as much applause as Alice Cooper on the night, which was well deserved. Yes indeed, her show rocked.

– conductor Bernhard Wünsch made no secret of the fact he was having a blast on stage. He officially looks like a bad-ass in suit and sunglasses. 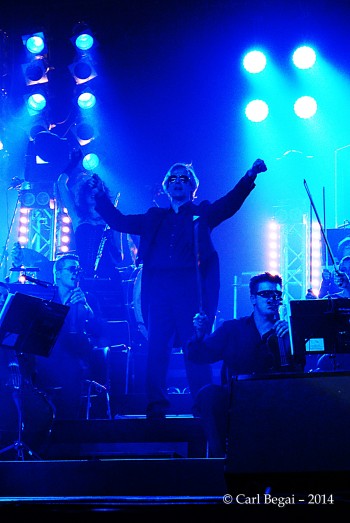 – Oliver Hartmann’s solo spot (no, I’m not going to spoil it) was a nice surprise.

– Uriah Heep’s Mick Box and Bernie Shaw… the life of an already impressive party. All smiles, had the audience standing from the first notes of ‘Easy Livin’ to the singalong ending to ‘Lady In Black’. Yes, they love what they do.

– drummer Randy Black is still a pirate. I bet he never thought he’d have his own orchestra.

– Alice Cooper is in the business of entertaining people, and although he didn’t have his usual full-blown headline stage set he put on a killer show (pardon the pun). Guitarist Orianthi in tow (with a surprise appearance by his other axe-slinger Ryan Roxie for ‘School’s Out’), Cooper’s set included plenty of pyro, a guest spot by his wife of 38 years as a vampire bride, hit songs, and a respectable amount of blood for the mainstream audience.

– nobody has a flute player that rocks out and headbangs like the lovely lady in the Bohemian Symphony Orchestra Prague’s first chair, the lovely Nina Sivosova.

– Cooper’s hit ‘Poison’ was made for the Rock Meets Classic treatment. This group version puts the original to shame.

– the Würzburg audience showed the rest of Germany it actually IS possible to clap in unison and in time for more than a minute.

– tour photographer Heiko Roith is actually quite talented for someone as short as me. 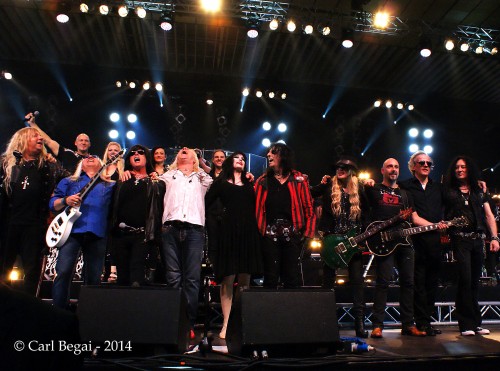 
The Bohemian Symphony Orchestra Prague is conducted by Bernhard Wünsch.

Check out interviews with bassist / Master Of Ceremonies Mat Sinner and drummer Randy Black for an inside look at Rock Meets Classic.