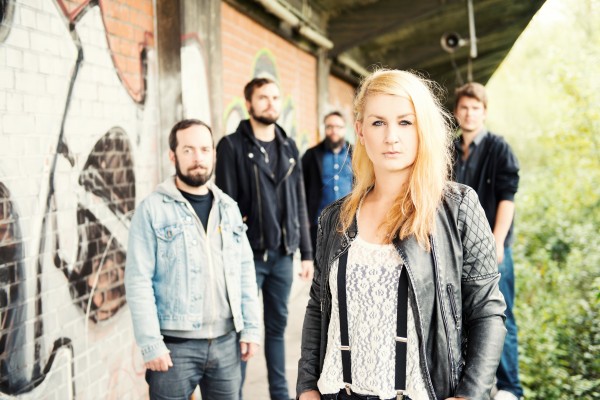 “We parted ways in April 2013 and I talked to Shi (ex-A Million Miles guitarist Christian Pappas) again at the end of 2013 because we’ve always been best friends and we can’t stop making music together. It took me almost a year to get back on my feet and for us to put things back together and start searching for other musicians.”

In the end High Fighter was formed as a patchwork experiment, an attempt to see if the pieces rounded up would actually fit together.

“Our guitarist Ingwer (Boysen) was with Buffalo Hump, a stoner rock group based close to Hamburg. We didn’t know him so he came up for a jam session, but we were still looking for a drummer and bassist. He told us he was still with Buffalo Hump but they didn’t have a singer at the moment, so there was a drummer (Thomas Wildelau) and a bassist (Constantin Wüst) looking for something to do (laughs). We arranged a full jam and it turned out to be a perfect fusion, as if we’d known each other for years. From the very first tone it all came together naturally.” 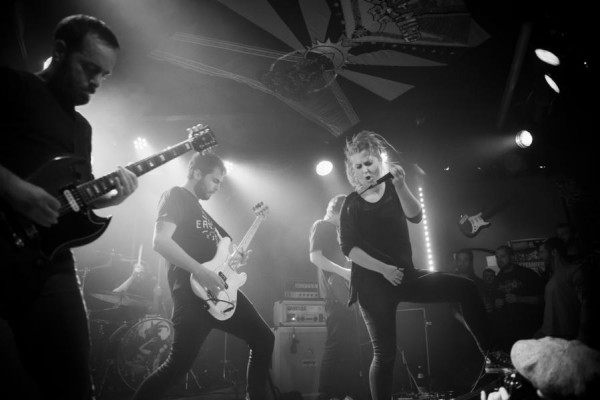 Which may be an odd thing to hear for anyone familiar with A Million Miles. With the exception of Miluski’s voice the two bands have very little in common sonically, and she’s also taken things in a grittier and more brutal direction on High Fighter’s debut EP, The Goat Ritual. Asked if it was strange switching lanes into a stoner doom direction, Miluski shakes off the suggestion.

“Absolutely not. I come from the old school heavy metal scene and I did metal in the past, but over the years I turned more to the stoner and doom scene. I was listening to Kyuss when I was 13 and I grew up with a lot of desert rock as well, so with High Fighter I feel that I’ve come home. For Shi as well because he was always the guy in A Million Miles who came up with more of those Down / Corrosion Of Conformity / Crowbar riffs; everyone else was more on the heavy metal side. For me and Shi, doing this sound with High Fighter is nothing new. We’re very comfortable with what we’re doing now.”

From a Canadian point of view, High Fighter sounds as if veteran blues-charged rock singer Sass Jordan is fronting Down. Miluski has carried her signature clean vocals over from A Million Miles – where the comparison was first made – and those unfamiliar with the lovely Ms. Jordan would do well to check her out as a comparison just for the hell of it.

“I listened to Sass Jordan after you told me that and I’m very happy with that comparison,” says Miluski. “In the past so many people have compared me to Sandra Nasic of the Guano Apes, and now when people hear ‘Black Waters’ from the new EP they say it reminds them of Angela Gossow in her Arch Enemy days. I don’t necessarily agree, but that’s because I prefer the comparisons to more soulful blues singers.” 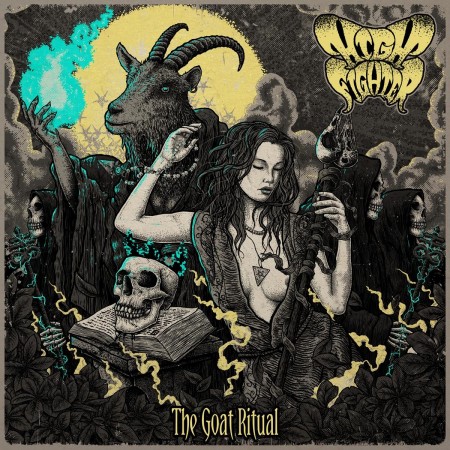 Check out ‘Breaking Goat Mountains’ from The Goat Ritual here. Go to the official High Fighter Facebook page at this location.