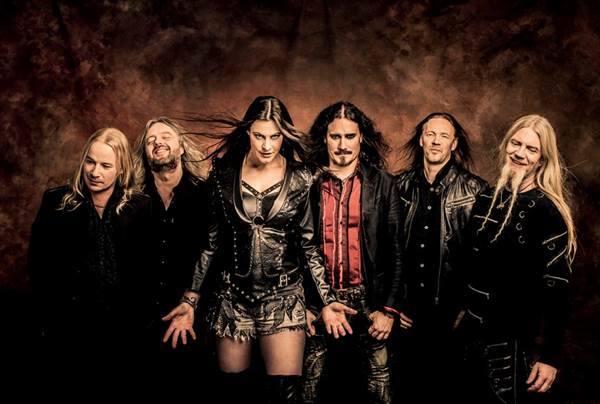 Comparisons to Nightwish a decade past are warranted with new material like ‘Shudder Before The Beautiful’, ‘My Walden’, ‘Endless Forms Most Beautiful’, ‘Yours Is An Empty Hope’ or, yes, ‘Élan’, but primary songwriter and musical director Holopainen deftly avoids a complete rehash of the band’s well worn trademarks. This is perhaps best exemplified by their decision to bring the new record to a close with an obnoxious epic track, ‘The Greatest Show On Earth’. Originally 35 – 40 minutes long, the band decided to cut it down to a more respectable 24 minutes (!) that, much like Dream Theater’s now legendary song ‘A Change Of Seasons’, doesn’t feel nearly as long as it looks on paper. It’s a rare feat that very few bands can pull off.

“I don’t like originality for the sake of originality,” says Holopainen. “I hear many bands doing this sort of thing just because it’s artistic and cool and all that. When you want to tell a story about the evolution of life, go back in time 4.6 billion years, you can’t really do a four minute song (laughs). It was the same thing with ‘The Poet And The Pendulum’ (from Dark Passion Play); it takes some time to tell the story, but you really need to have a reason to do a long song. The same thing with the use of orchestra, choirs and guest musicians; don’t do it because it’s trendy and looks good in the album booklet. You have to have a reason for it.” 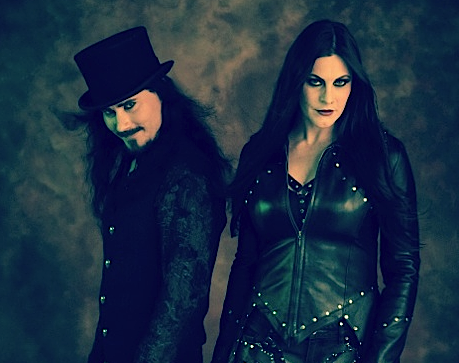 Endless Forms Most Beautiful is ultimately about change. Thematically it was inspired by Charles Darwin’s theories on evolution as presented in his book, On The Origin Of The Species, but the Nightwish collective went though some important and influential growth during the making of the album. Jansen’s move from the Nightwish stage to the studio is the big focus, but the addition of multi-instrumenalist Troy Donockley to the ranks, the seemingly reduced vocalist role of bassist Marco Hietala, as well as the (temporary) loss of original drummer Jukka Nevalainen are all noteworthy in the final result.

On working with Jansen, Holopainen has only positive things to say. If he sounds like a hippie, blame it on his good nature and humble demeanour.

“It was easier and even better than I’d anticipated. Floor was so dedicated and so motivated, and she had done her homework so well, that we never had a moment of desperation. She nailed all the songs perfectly. I think it took her less than a week to sing all the parts. The only ‘problem’ we had was during ‘Our Decades In The Sun’ because she and everybody in the studio was quite moved by the atmosphere and the lyrics of the song. We heard a little bit of sobbing behind the microphone every now and then, but stuff like that is just a wonderful thing.”

“Floor did a wonderful job, and Marco was there all the time during the recordings coming up with these beautiful harmonies. They would go over the harmonies together to figure out what worked best… it was so easy and so smooth. Everyone was motivated all the time. I had all the vocal lines written and an idea of how Floor should sing them, but she brought a lot into the songs herself. She came up with some harmonies that I never thought of, there were a couple of songs she sang in a different way from what I originally had in mind. Floor went through the songs again and again in the rehearsal room in order to find the perfect approach. Talk about dedication…” 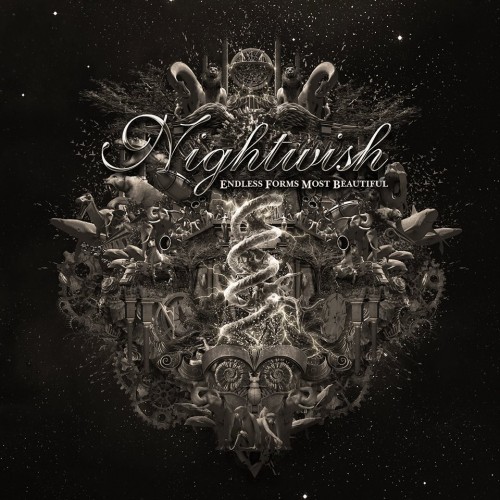 Check out the unofficial lyric video for the song ‘Endless Forms Most Beautiful’ here.