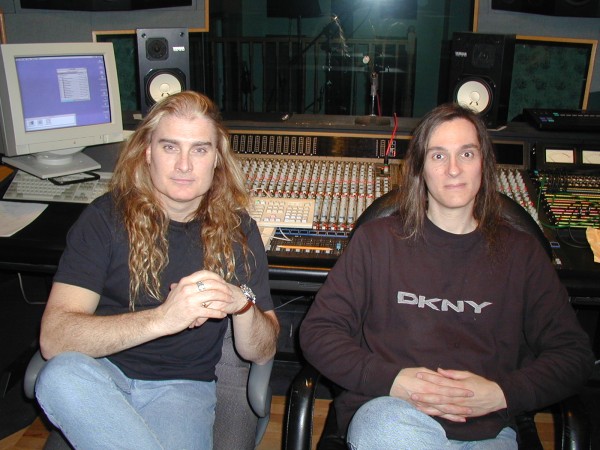 “I love the heaviness of the tunes. There are a lot of heavy bands out there and I’m certainly not the heaviest guitarist, but the songs and the actual writing, I think that’s why the music hits you in the heart even though some of the songs are really heavy.”

“You should hear the stuff I wrote after that,” he continues. “I could have released the second album through EMI but the harp guitar kind of called me and took me away. There is a second Madmen album written and I like it better than the first one. I love the first album; I don’t like the way the recording sounds but I love the music. The second album is deeper but… maybe in another life.” 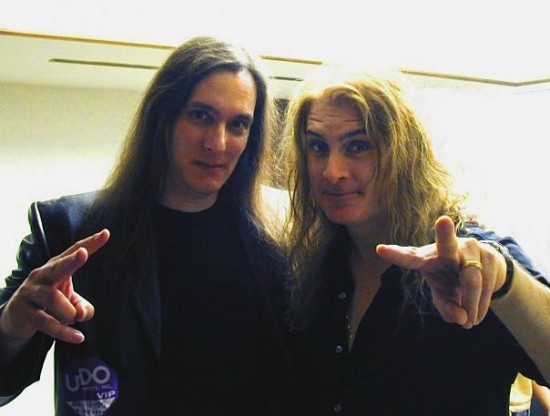 LaBrie’s participation on a second Madmen & Sinners album was never written in stone, but there is unreleased material with his vocals on them. Three tracks to be exact, albeit incomplete.

“I have these extra tracks with James singing on them,” Donahue confirms. “He really wanted to do them and I said that if we had enough time after we finished the first album, we would. We were in the studio and he really pushed to do those other four tracks.”

The songs in question – ‘Falling Sky’, ‘History Repeats’, ‘All That Remains’ and ‘A Heartbeat Away’ (sung by Donahue on the demo) – showcase a softer side of the material penned for the Madmen & Sinners debut. Ballads essentially, although ‘History Repeats’ is quite dark in that it was inspired by the terrorist attacks on the World Trade Center in September 2001.

“That music, those are just rough sketches. ‘History Repeats’ was James’ favourite track. It’s quite passionate and he insisted on recording it. I actually didn’t want to record it at that time, but I’m glad we did. I think that if someone famous were to put those songs out people would go nuts for the music. I can see where they would go if I’d actually finished them.”

They could be featured on the “lost” second Madmen & Sinners album, or perhaps included on a re-release of the debut….

“Maybe if the record company really knocked down my door,” Donahue concedes. “I don’t know how they would even know the second album exists (until now…), but if there was a producer that wanted to do it I might think about it. There’s just too much other music… I’ve got so much other stuff going on right now (laughs). It would be like taking a step backwards. As much as I love the Madmen & Sinners music, there’s other music inside me coming out so rapidly I don’t know where I’d find the time to do it. It’s a shame because James sang his heart out.” 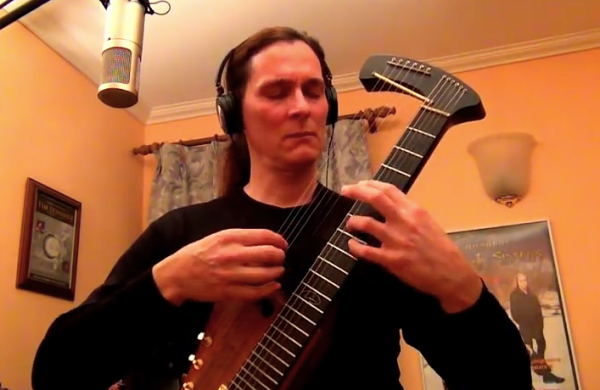 Donahue’s career as a recording artist dates back to 1986 but he’s never pursued any sort of grand international popularity. Voices In The Wind and Into The Light got the ball rolling on that score, but it’s fair to say that Madmen & Sinners opened the door to a much larger and diverse audience.

“I don’t know if I can say it’s because of the Madmen record,” Donahue counters, “but I’ve wondered about it because I’ve been putting stuff out on YouTube like everyone else. I recently got a mail comment from someone in Argentina, and he’d seen a video that I’d posted of me playing a piece. It wasn’t intentional, but there’s a Madmen & Sinners poster on the wall behind me in the clip. The guy saw the poster and he told me how it was one of his favourite albums, that he was waiting for the follow-up (laughs). I get comments every now and then from people who are into Madmen & Sinners. They love the harp guitar but some people are aware of the album; just not as many as you would think.”

“I’m glad people like Madmen & Sinners, I’m glad they’re still discovering the album. And even though I’m not doing metal now they’re still open to my playing, which is great.” 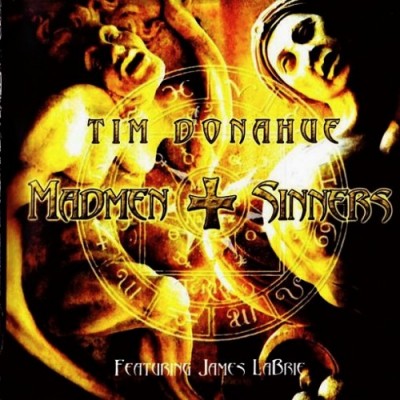 Check out the Madmen & Sinners tracks ‘Children Of The Flame’, ‘The End’ and ‘My Heart Bleeds’.

Footage of Donahue performing on harp guitar can be viewed here.