“I wasn’t sure if I should say anything about it to the fans or bring it up in the press because it was scary being off the road. If a band’s activity drops people start to forget about you really fast, but it was unavoidable. Basically, my body took me out. I had such severe mono that I didn’t really get out of bed in the first month that we were home. You can’t fight anything off when your immune system gets so bad like that. The last place you want to be when that happens is on the road because there’s nothing working for you at all.”

“I was thinking that since Avril Lavigne came out a while ago about having Lyme disease, maybe I should do the same because it’s really being mismanaged by health care. It’s been quite a process but I’m making my comeback now and I feel great.”

Thus, Words Of The Prophets can be considered Kobra And The Lotus’ way of stomping back into the metaldom consciousness and getting the band back on the road.

“Totally. We needed to do something and we couldn’t tour so we went into the studio. It was good for the morale of the band to get back together and do something. It wasn’t time for a new record because I want High Priestess to be on the circuit for a while yet. It was strange not to tour for it properly so I’m super excited to be coming through Europe in the fall with Kamelot.”

Words Of The Prophets will be released on August 28th through Titan Music. The tracklist is as follows:

Check out Kobra And The Lotus’ cover of ‘Black Velvet’ here. 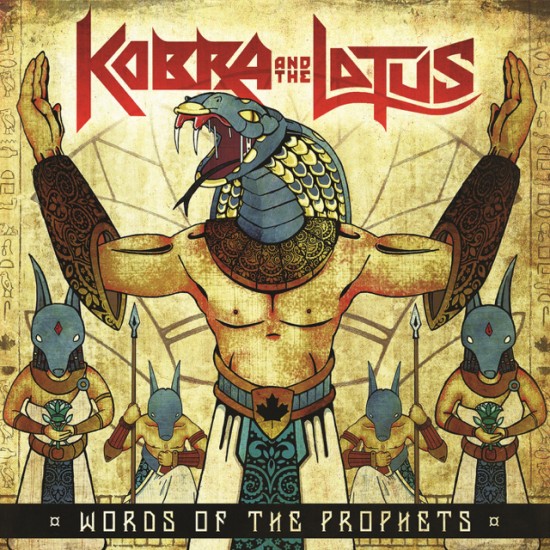 For information on the symptoms and treatment of Lyme disease go to this location to get an overview.