“It was like that! But, it was good for us and it made us improve as performers because we had to figure out how to captivate that kind of audience. It was fun, and there were some shows that were definitely epic. Nashville was completely full when we played and it was amazing, it was so loud. That was probably the highlight for me on that whole tour.” 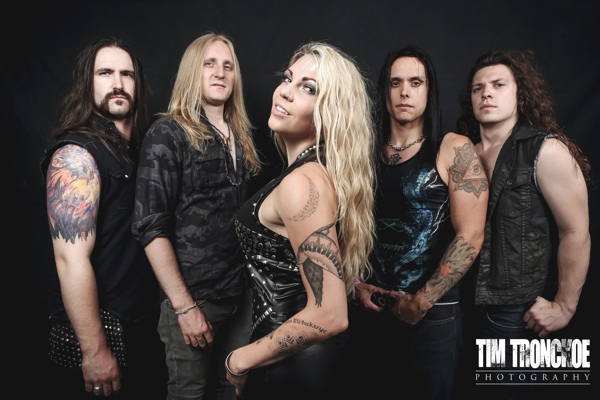 Kobra And The Lotus are no strangers to playing huge crowds, having been part of the European / UK festival circuit which often yields crowds numbering well over 15,000. Paige confirms it wasn’t the same facing the KISS and Def Leppard fans.

“There’s definitely a difference. I was intimidated for the first couple shows but I learned to relax by surrendering to the fact it was a totally different situation. It wasn’t like playing festivals because of the spacing of the crowds and the seating, and because at festivals everyone is there for every band.”

It puts the whole “rock star” illusion in stark perspective, particularly when you go from playing arena shows to a Dirty Club Gig tour…

“Absolutely,” confirms Paige. “We did some really obscure US shows about a month ago and we only had something like 20 people at a couple of them. People either had no idea we were playing or didn’t feel like coming out for just some band. It’s good to have that, though, and we have both extremes every year when we go out and play. We enjoy it because the intimate shows are sweaty and magical, a lot of fun, like the UK tour we just did.”

During this interview I made note of the fact that Kobra And The Lotus toured significantly less for their High Priestess album compared to previous outings. Absence in the wake of the strongest record in a band’s catalogue amounts to suicide, particularly when they’re known for keeping ridiculously busy tour schedules. Paige recently revealed she was sidelined by Lyme disease – which obliterated her immune system – for the better part of a year and is only now at a level where she’s able to tour properly. Words Of The Prophets, therefore, is a calculated effort to get the Kobra And The Lotus name back in people’s faces.

“Totally. We needed to do something and we couldn’t tour so we went into the studio. It was good for the morale of the band to get back together and do something. It wasn’t time for a new record because I want High Priestess to be on the circuit for a while yet It was strange not to tour for it properly so I’m super excited to be coming through Europe in the fall with Kamelot. I’m so excited because this might be the most compatible band that we’ve ever toured with. That’s really nice for us.”

Along with her recent medical issues, Paige has had to contend far longer with seemingly continuous line-up changes since the band’s 2009 debut. With the departure of drummer Griffin Kissack in 2014 she remains Kobra And The Lotus’ sole original member. Guitarist Jasio Kulakowski has been on board since 2012 as Paige’s musical counterpart, with impressive results in the form of High Priestess and Words Of The Prophets, but the here-and-gone roster has many fans wondering why there’s such a quick turnover of players.

“I guess it’s not really the adult thing to do when you air out your dirty laundry in public,” Paige offers. “There have been some non-amicable reasons why people have left, and there are reasons I have talked about like Griffin not wanting to be on the road anymore. You can’t do anything about that except support their decision. Bones, the guy that came in to replace Griffin, he decided that he wanted to be with his kids and he hasn’t toured once with anyone since he left us. The second guitarist position, I haven’t even bothered to try and find someone. So right now it’s me, Jasio and Brad (Kennedy / bass) in it for the long haul. I really want to keep Adam (Brown / drums) but that depends on what he wants to do with Striker. We’re just seeing how this year goes for him. Bill (Hudson / guitars) is known for being in a million bands and I asked him to join us just for this year, but with Bill’s history I don’t expect he’ll be staying.”

Words Of The Prophets was recorded by Paige, Kulakowski, Kennedy and Bones, thought to be a stable line-up at the time. It’s a neat little package of classic Canadian rock covers paying tribute to Triumph, BTO, Alannah Myles, April Wine and Rush. The EP title comes, of course, from the Rush classic ‘Spirit Of Radio’.

“The four of us did the whole EP together and it’s really nice to have something recorded with Bones before he checked out. I actually picked all of the songs on the EP. They’re just really nostalgic for me. I love Triumph in general but I just love ‘Lay It On The Line’ and I wanted to sing it because of the grit in it. Also, we worked with Rik Emmett on (debut album) Out Of The Pit when we covered ‘Ace Of Spades’ (Motörhead) so it was fun to play tribute to Rik. ‘Gypsy Queen’ is one of my all time favourite songs and I thought it would translate well for Kobra And The Lotus because it’s so melodic.” 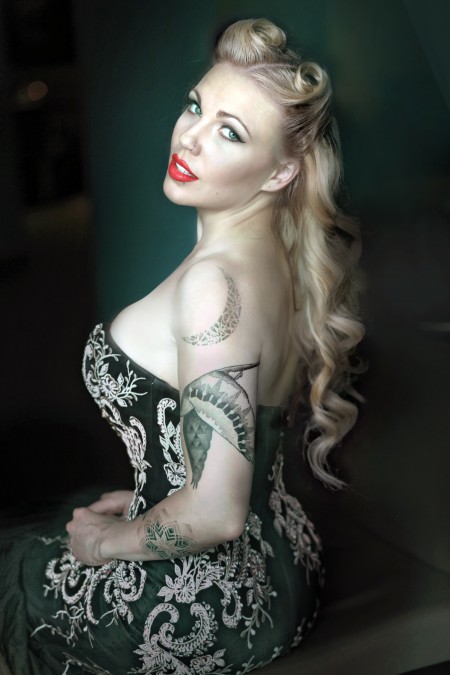 Cover songs, never mind EPs or full albums, are a crapshoot at best. There’s nothing more boring than a band doing up a remake of the classic Iron Maiden, Black Sabbath, Metallica and Judas Priest staples (we DO NOT need another version of ‘You’ve Got Another Thing Comin”… seriously), but hearing a band cover a less über-popular tune as a straight one-to-one is just as aggravating. That said, Kobra And The Lotus have somehow managed to deliver an EP of faithful covers that, surprisingly, don’t grate the nerves. How they pulled it off is a mystery.

“Doing covers is such a sensitive thing,” Paige agrees. “You don’t want to mess with the integrity of the original songs, and you don’t want to do a straight up version of the original. It’s tough trying to figure out how to deliver them. ‘Spirit Of Radio’ was a really fun one to challenge ourselves with, especially for the guys because there are nine tempo changes in that song. There was one thing, though; the ska bit was gonna go (laughs). We had to rock n’ roll that section.”

Their cover of the Alannah Myles classic ‘Black Velvet’ was released as the EP’s first single, complete with a Kulakowski solo for the ages and a smart period piece video. Paige is clearly in her element on the track even though it’s far and away from her usual metal territory, and fans have praised Kobra And The Lotus for doing the song justice. A song that, as far as anyone knows, no artist has covered in an official capacity until now.

“No one has. That’s why the song was so much fun to do. It gave us the opportunity to show ourselves off in a way we don’t normally get to. Out of all the songs we did for the EP that one took the longest because of how much I was intimidated by it. I love Alannah Myles’ performance of the song and our voices are so different. My voice is very clean compared to hers so it freaked me out a bit (laughs). It still does. But, I couldn’t get how much I love the song out of my head so I had to do it.”

“We had people on our UK tour shouting for us to play ‘Black Velvet’ and we were like ‘No! we’re going to play something else…’ (laughs). I don’t know if we’ll ever play it live. If we ever do it’ll be when you least expect it.”

As for what Kobra And The Lotus will in fact be bringing to the stage for the Kamelot run….

“It’s mostly going to be High Priestess material,” Paige reveals. “Some off the self-titled album but most of the songs will be from the last album. Europe hasn’t really seen us play for High Priestess so we have to change that.” 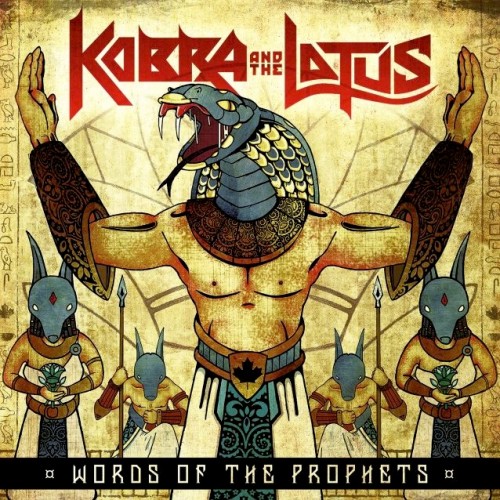 To read about Paige’s bout with Lyme disease click here. Watch the Kobra And The Lotus video for ‘Black Velvet’ below: