The two full metal songs on Breaking Point, the title track and ‘Splinter In My Soul’, originally surfaced as bonus tracks for the Japanese version of Amaranthe’s self-titled debut and their 2011 single ‘Rain’, therefore featuring original growler Andy Solveström in place of current rage vocalist Henrik Englund. Again, not a bad pair of songs, but it’s easy to understand why the tracks were never tagged as final album cuts, as they lack that elusive “something” to make them click. It would, however, be interesting to hear ‘Splinter In My Soul’ in a live setting with all its rampant Soilwork-ishness.

Biggest feels and appreciation on Breaking Point go to ‘Hunger, ‘Afterlife’ and ‘Trinity’, three songs Amaranthe fans know as heavy hitting, up-tempo metal anthems. ‘Hunger’ is transformed into a folk tune (well known and loved at this point), guitarist Olof Mörck shines on ‘Afterlife’, and the piano is brought out as lead instrument for ‘Trinity’, but what truly makes the songs work are the vocal arrangements. Jake E. and Elize Ryd could have very easily phoned in their performances – or worse, they could have simply cut and pasted the original vocal recordings on top of acoustic tracks – but the duo dig deep in a big way by re-interpreting their original recordings to create something new. Elize Ryd is oustanding, belting her parts rather than playing it soft and safe for “mere” acoustic songs and showcasing just how bloody powerful her voice truly is.

It’s refreshing to hear how Amaranthe have remagined their own work on Breaking Point, making me think they could pull off an acoustic tour without breaking a sweat or fear of disappointment. 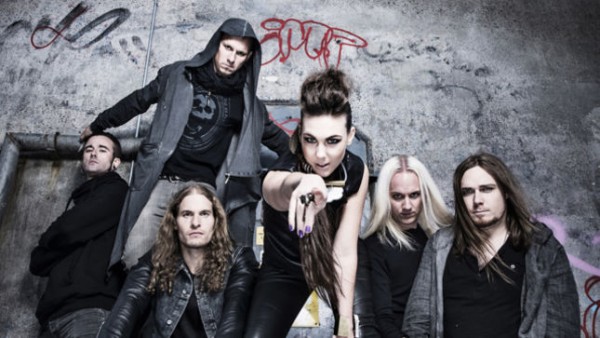