“To be honest, we never called it quits, we basically just decided to put the band on the shelf,” says Glen. “I mean, at that point yes, Shawn and I were now half of Megadeth, and way too busy to consider anything else regardless of the fact that we had finally found an all around amazing and professional singer who couldn’t be matched. We had a lot of negative feedback in the past about some of our previous singers. All of those people were silenced when we brought Nils in.”

Glen has gone on record several times over the last year stating that he intends to release an album featuring his songs assembled with guest vocalists. To date he has released three tracks in this format: “Discordia” with Todd La Torre (Queensryche), “Walls Of Blood” with Matt Cuthbertson (Untimely Demise) and “Seven Sprits” with Henning Basse (Metalium). With the project half done at press time, it begs the questions as to why he would decide to put a track out now under the Eidolon name.

“The other songs that I did were collaborations, and Shawn was involved in them as well because we’ve always done stuff together,” Glen explains. “He might help me out with songwriting, and I’ll help him out with recording. For example, I helped him with the (new band) Act Of Defiance demos. When I worked with Todd on ‘Discordia’, I think Shawn had a riff in there, and when I did ‘Walls Of Blood’ he wrote the lyrics and the vocal structure. We put those songs under my name initially because it was my idea to go the route of doing these songs with different singers. Eidolon is its own thing. I was talking to Nils and we discussed the possibility of doing a new song for fun and see where it goes. The song turned out really well, we’re excited about it. We decided to put it out under the Eidolon moniker, and for people that used to follow us it’s a brand new recording, something we haven’t done in a decade. Not since we joined Megadeth and did the last Eidolon album.” 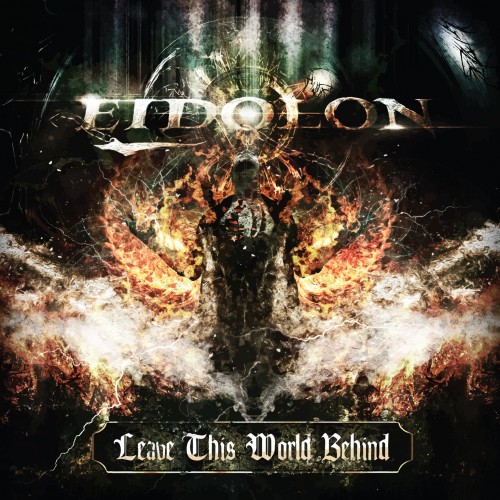