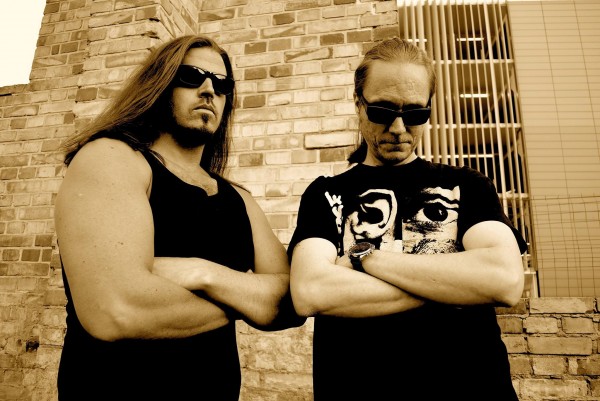 “The recording process for Throne Of Scars started almost immediately after we finished From My Cold Dead Hands. The writing basically went on for the last three years or so. It’s been a long process but that’s the way we like to do it. We had lots of time to cram everything into it and experiment. A lot (laughs).”

Throne Of Scars is one of those everything-including-the-kitchen-sink albums, seemingly going in a multitude of death metal flavoured directions within the space of only nine songs.

“It’s a very diverse and very dynamic album, yes, and it was a really interesting process,” says Liiva. “We just did what we wanted with the songwriting, music and arrangement. I even wrote a song myself (‘Rodents Of War’) because Reinholdz wanted something with an old school feel to it. But he had all kinds of stuff; old school, modern edged, symphonic. We were reaching and climbing everywhere for Throne of Scars but we never gave any thought to whether it was too much. I think we’re able to get away with that because Nonexist is still a small band. We just did what we wanted, recorded it, and hoped somebody would want to release it (laughs).” 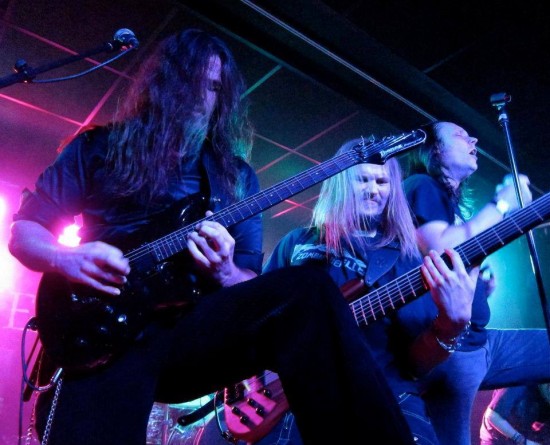 “The songwriting process for From My Cold Dead Hands was stretched out over a very long time – the earliest parts/riffs being from 2002, via some songs written in 2009 and some in 2010 and 2011. The songs on Throne of Scars were written in a more concentrated period of time and even though they vary quite a bit in style, from very slow to hyper-fast, melodic and more sinister sounding. I’d say these songs are more unified because of this shorter preparation time. The recording process was however quite similar: I recorded the tracks myself and then had Liiva come down to Malmö to cut his vocals. During the mixing had some help from Markus Nilsson – a very skilled producer/sound-engineer from around here – and this was different from From My Cold Dead Hands where I did everything myself. It was good to have some outside input. Liiva wrote the lyrics for ‘The New Flesh’ and both the music and lyrics for ‘Rodents Of War’. He also wrote some lines in the first verse of ‘Pyroclastic Cluster Torment’. The rest of the music and lyrics I wrote and arranged.”

Sadly, Liiva is no longer with the band. Given his abrupt departure and lack of an official statement, fans assumed Liiva and Reinholdz had some sort of dust-up that forced them to part ways. Not so, says Reinholdz.

“There was only a statement from me that Liiva had left and that Nonexist would continue with me as frontman doing both guitar and vocals, with Johan Aldgård, Linus Abrahamson and Joakim Strandberg Nilsson completing the line-up on live gigs. Liiva didn’t express any interest in posting a statement of his own and I don’t blame him for not doing so. He just contacted me in private and told me he wanted out of the band because of job stress and other personal reasons. We don’t have any disagreements, we’re still in contact and we’re still friends. I was already kinda prepared to take over the vocals as I had been singing a bit on the last album, even more on the new one, and also doing the vocals at rehearsals during the autumn when Liiva couldn’t be present.”

Liiva has what is best described as insanely unique voice; you either love it to the core or hate it with a passion. It’s what makes the Nonexist material up to this point stand out the way the first three Arch Enemy albums did. As stated, Reinholdz is taking up Liiva’s post and has no intention of burying Nonexist again.

“Nonexist is absolutely not finished, it has never been more existent (laughs). I agree, Liiva has a VERY original and cool voice and I can never replace him by trying to copy him. I want to develop my own style as much as I can and I look forward to that very much indeed So yes, I will definitely be the lead vocalist in Nonexist from now on. I started singing when attending the Music Academy in Malmö in 2008 when I was 28, so I’m a late starter, but I think it’s very important to challenge yourself and continue to learn new things all through life. I worked hard and long on my guitar playing, which I’m now kinda content with, however still humble and wanting to get better. Music production and singing are two new areas for me where I want to improve my skills as much as I can in the years to come. Also, these two areas enable me to do albums basically whenever I want; I don’t have to depend on another vocalist or producer to be ready. I just do what I feel like. So, Nonexist is gonna be around for a long god damned time!” 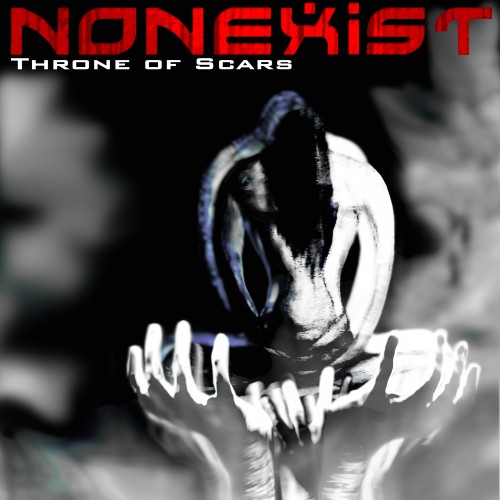 For information and updates on Nonexist go to their official Facebook page here.