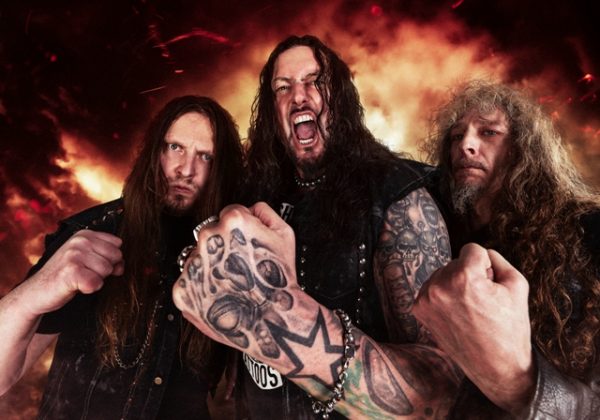 “We recorded the demos for Under Attack and then went back on tour, so we were never in the studio for more than three or four days at a time. It was actually a genius move because we recorded a song or two or three, went back on the road, and we had all that energy and excitement from playing the old songs for the fans. When we went back into the studio we had that old school feeling even as we were refreshing our sound, and it made the songwriting process very smooth. If you don’t write songs for two or three years, when you do start writing again you have so many ideas. I was like a volcano of new ideas, it was shocking.” 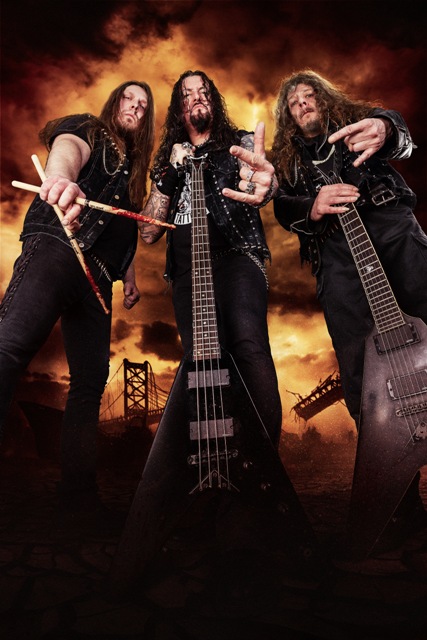 If you’re a thrash fan, Under Attack is a fun record for the ear-holes. Destruction have always retained that invaluable old school energy and approach, but Under Attack is remarkably catchy for something so crushingly volatile.

“I think it worked out pretty well because it breathes better,” says Schmier. “There’s more space on this record. We tried to keep it basic. It’s very easy to over-produce a record in the studio these days because there are a lot of ways you can ‘improve’ how something sounds. It’s common for people to tighten up the drums by putting samples on them, fixing the bass drums or weak hits on the snare, and at the end it sounds so clinical that the drums aren’t powerful at all. We wanted to get away from that on Under Attack so we didn’t touch the drums. I also tried to keep the vocals pure and not use a lot of effects, and by not doing a lot of layering or overdubs. And the songs are more in-your-face this time. There are some atmospheric parts here and there but we definitely tried to make things more intense this time.”

“We produced the new album ourselves,” he adds, “and we kept all the big names away from the record this time because sometimes when you have a famous producer involved he tries to make you sound like his production instead of the way the band should sound. We’ve experienced this in the past so we wanted to get back to the roots and not have something that sound over-produced.”

It’s interesting to note that Under Attack’s title track is far from being a traditional Destruction thrash arrangement. It sounds more on the verge of early day Metallica…

“(Laughs) We tried to do some things differently, bring in some fresh ideas and still stick to our roots. We haven’t used acoustic guitars for a while, and we used some riffs that definitely aren’t 100% typical Destruction just to refresh our own style a little bit. There’s nothing that says thrash has to only be staccato and fast. It’s 2016 and we’re one of the founders of thrash, so why not refresh our sound a bit? That’s what Under Attack as a whole sounds like.” 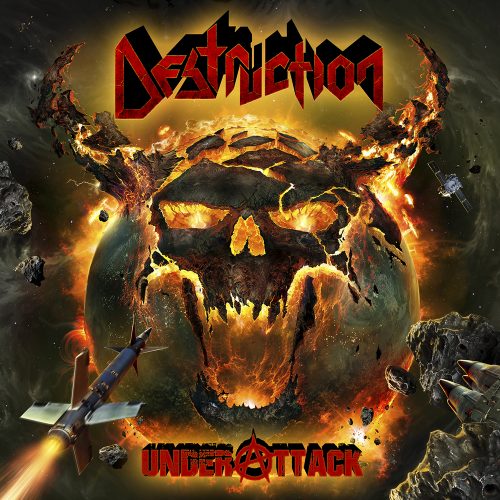