“For me personally it was a big breather to be able to live a normal life for a while,” he adds. “I still talk to Van and Warrel, I don’t really speak to Jim too much anymore, and I hear he’s out of the business now. Everybody is doing something musically, it’s just not Nevermore. Warrel’s got Sanctuary, of course, and he’s doing a Nevermore touring cover band kinda thing. Van has Ghost Ship Octavius, which is really cool.” 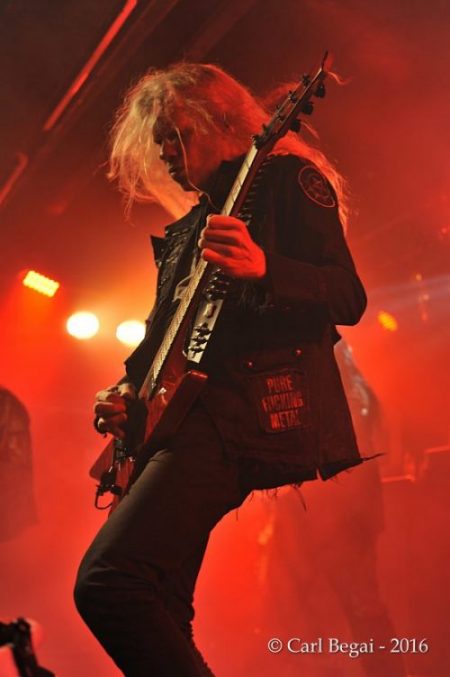 In spite of the split Dane has gone on record stating that he’s up for doing another Nevermore album at some point, but not without Loomis. So, the break-up is in fact a hiatus depending on who you talk to.

“One can never say no to some kind of reunion in the future,” Loomis admits although he seems to see the split as a break-up rather than a rest, “but I think there’s a certain time and place for that. I think my Arch Enemy bandmates would be cool with that, but it would have to be something that doesn’t interfere with this because Arch Enemy is my main priority. We’re going to be working on a new album once the tour cycle is over and that’s going to be my focus.”

Loomis will celebrate two years as a member of Arch Enemy this November, something he calls “unbelievable” because time has passed so quickly. He recounts getting the call from Arch Enemy guitarist / founder Michael Amott asking him to consider taking the open guitarist slot.

“I was just getting off a tour clinic for Schecter. I was in China and I got an email from Michael saying ‘How would you like to play a six-string guitar again?’ (laughs). It took me totally by surprise to be honest. I thought about it and told Michael I’d get back to him, and he told me that Arch Enemy was going to be coming to Seattle to play a show. I was going to be home at that time, so Michael and I spoke on the phone about him coming to my house for a meeting. We talked, and I was definitely interested in touring again because I had that itch. I’d known Michael, Sharlee (D’Angelo / bass) and Daniel (Erlandsson / drums) for a while, I was a fan of the music, so I was definitely into the idea. It took me two weeks to learn the catalogue, and three weeks later I was on tour with Arch Enemy. It happened really fast, and I was kind of nervous about the whole thing because I didn’t think I’d had enough time to learn the songs, but I think it helped to be tossed on stage so quickly.”

“We got a lot of positive vibes,” Loomis says of fan reaction to the move. “Michael and me were discussing that even before I joined the band. We wondered how people would take the news and he seemed to think people would really be cool with it, and they were. Let’s say 98% liked the idea, and 2% were saying ‘Get Nevermore back together!’ And of course that’s what was going to happen, but I’m very happy being with Arch Enemy. I hope that when the tour cycle is done we can sit down and do some serious writing for the next album.” 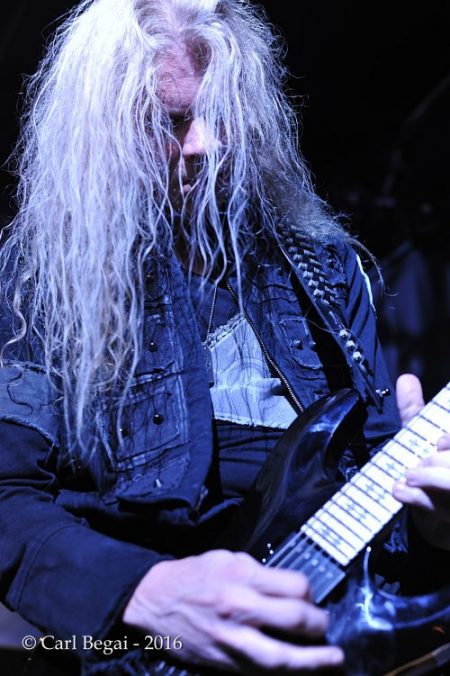 Loomis is a prolific songwriter and composer, boasting seven albums with Nevermore, two solo records, and numerous guest performances within the metal world. Asked if he thinks he might feel restricted or stifled writing for Arch Enemy because Amott will ultimately have the final say in what gets used, Loomis says he’s not worried.

“I look at the situation the same way I did when other guitarists came into Nevermore. They wrote a few things but I didn’t want my toes stepped on because me and Warrel had a certain chemistry, and I know Michael and Daniel have a certain chemistry when they write. If I get a couple ideas and solos in there, that’s a good start. I also have my projects like Conquering Dystopia and my solo stuff where I can really show another side of myself as well. I know I’ll probably get a few ideas in there but I realize that Arch Enemy is Michael’s band.”

Loomis and Amott are very different stylistically, with Loomis being a heavier and frenetic player to Amott’s more melodic approach, yet they clearly work well together with almost two years of roadwork under their belt.

“I play pretty tight, I’m picky about the way I play and wanting to reproduce the songs as you hear them on the albums,” says Loomis. “I have my own little sprinkle of Jeff Loomis in there but I stick very close to the recordings. We’ve sat together backstage and put some riffs together for new songs and what we’ve got so far is pretty cool. We’re just using our phones and recording riffs, making a catalogue of ideas. It’s cool when our two different styles gel; they can work very well together.”

While he gets deeper into the writing for Arch Enemy’s next record, Loomis is also putting a new solo album together, albeit only as his schedule allows.
“I’ve dabbled with it, I’ve got about half of it written,” he reveals. “I’m not in a rush so I’m taking my time with it. I want it to be really unique so that it shows another side of me. I’m not sure what that’s going to be yet but I’m sure fans of my playing are going to dig it. I just know it’s going to be all instrumental stuff even though it’s harder to keep people’s attention with that kind of stuff. I hope to get it out early next year.” 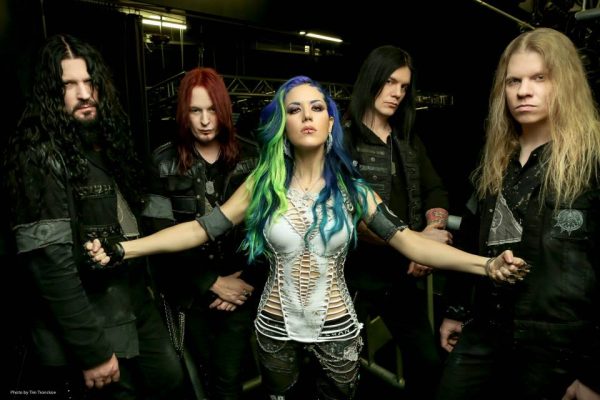