In (very) short, Specters On Parade is a journey through a troubled mind. M.I.GOD. hasn’t been active enough to get bored of what they were doing, so there is the question why they made the move from “simple” albums to making a full blown concept record. 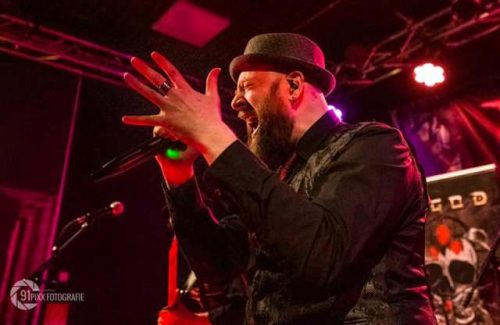 “It wasn’t planned at all… not even during the songwriting,” Chemnitz admits. “It just happened. When I was writing the lyrics for the fourth track on the album, ‘We All Belong To The Dark’, I was wondering why I was still in the same universe, the same context, as the stuff I had already written. I sat down and thought about it, and it took a few hours, but the whole concept just took shape. I’d never seriously thought about doing a concept album because I was afraid of it…. it’s such a big frame. But yeah, it just happened. It was just a case of continuing with the writing and seeing what would happen with the next song, and the song after that.”

Specters On Parade plays out like a movie. It takes the listener on a journey in the same way a film soundtrack offers up an act-to-act or scene-by-scene tapestry.

“I’m a really big movie fan,” says Chemnitz, “which I think is pretty obvious when you listen to Specters On Parade, and that’s how I laid it out. I had no idea how to make a concept album; I just had an idea, I guess you could say, in the context of making a movie. The main thing was that I had a running order for the songs, like a setlist. In my mind it was fixed. But, that idea was created before I had the lyrics (laughs). I only had the music for 10 songs, and I had to put them in order to tell the story, I guess you can say. For example, I wanted to end the album with a really big song, ‘Specters On Parade’, but as I wrote the lyrics that song became the central topic and I had to move it up to the middle of the tracklist. And when I was writing the songs, I realized I would have to make time jumps between them to make the concept move forward, to show that a few months had passed or whatever. That’s why we put the little scenes between the songs.” 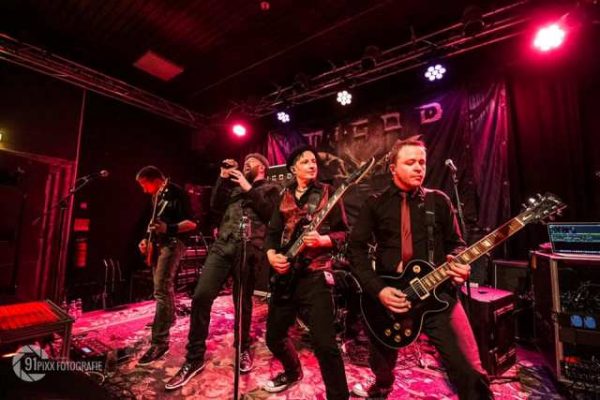 For Chemnitz, having Specters On Parade lumped in with metal royalty like Savatage’s Streets, Queensrÿche’s Operation: Mindcrime, Dream Theater’s Scenes From A Memory or even Extreme’s Pornograffitti is an accolade of the highest order.

“It leaves me speechless, really. It’s the biggest thing I could wish for because I love those albums, like Operation: Mindcrime, and I still listen to them. I’m really grateful when I hear things like that.”

M.I.GOD. is on the low end (for the moment) of small bands out there with a voice that should be heard. Chemnitz says they have long term plans seeing as how Specters On Parade is proving to have legs.

“We really do have plans, for once (laughs). Before, it was the same process: write songs, play them live, the fans ask where they can buy the new stuff, we record an album, sell it at the shows, fans are happy, and that was it. So, we had the plan five years ago to go back into the rehearsal room and create some new music, record it, and get back on stage. When we realized what we’ve created with Specters On Parade, the plans have gotten bigger and bigger. It’s the biggest album we’ve ever made and I’m convinced of how strong it is.”

Many bands that piece together a concept album often shy away from doing another, or they put several years between them, because doing it right is always proves to be a momentous task. M.I.GOD. is going in the opposite direction. Chemnitz has even said as much to the fans.

“Well, I’m an idiot,” laughs Chemnitz. “I did it and I’ll do it again because I told everybody that we would.” 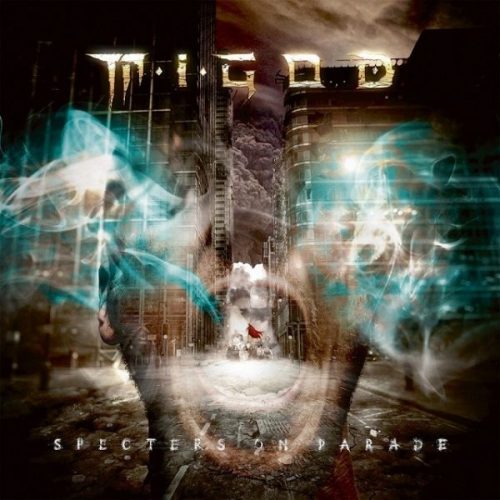 Check out my review for Specters On Parade here.