BLACKGUARD – Four Words To Choke On 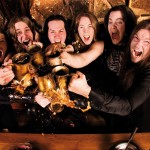 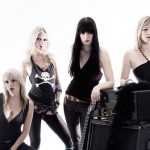 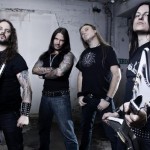 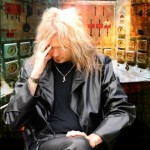 Discussion begins with the success of 01011001, which had the daunting task of following up The Human Equation, considered by many fans to be the cornerstone of the Ayreon catalogue. By all accounts 01011001 did extremely well, but it was agreed almost across the board that it was harder to get into than its predecessor due to its considerably darker atmosphere. Once inside, however, most fans were hooked.
END_OF_DOCUMENT_TOKEN_TO_BE_REPLACED

Guitarist / keyboardist Oliver Palotai will tell you that downtime is overrated if it means sitting around doing nothing. So it seems, given that the man has spent the last four years as a card carrying member of Kamelot while juggling schedules with artists such as Doro, Blaze Bayley and Uli Jon Roth both prior to and during his time with the band. A full plate, and one he’s managed to pile a little higher with his own band, Sons Of Seasons. It’s not a mere side-project, either, as Palotai has invested a considerable amount of time, money, heart and soul in getting the band off the ground while honouring his other commitments. The end result is Gods Of Vermin, and dark and atmospheric symphonic metal record that deftly avoids becoming yet another knock-off goth rock album. On the contrary, it’s one of those rare albums that seemingly offers up something new with each listen. Where Palotai found the time to write and record the material, let alone find the band members best suited for the job, is anybody’s guess. Including his.
END_OF_DOCUMENT_TOKEN_TO_BE_REPLACED

Carmen Elise Espenaes used to be known as the younger sister of Leaves’ Eyes vocalist Liv Kristine first and the singer of Midnattsol second. That started to change at the beginning of 2008 with the release of Midnattsol’s second album, Nordlys, an unexpectedly ballsy outing leaps and bounds ahead of their 2005 debut in every way. Affectionately referred to by some as having an Amorphis-meets-Iron Maiden sound, Nordlys took the folk metal direction established on Midnattsol’s first record, Where Twilight Dwells, and turned it on its ear. The band was bent on making an impact. More progressive and traditional metal elements, most certainly heavier, better produced, the album showcased a band interested anything but settling for comfortable half-measures. Capping it off was Espenaes’ multi-facetted vocal performance, so strong that one had to wonder where Midnattsol had found their new singer and why she was using the old one’s name. Once perceived as delicate and waif-like, perhaps even insecure in her role fronting a metal band, Espenaes blew the doors off on Nordlys like a seasoned professional. A development that could be seen as well as heard over the course of the select number of shows Midnallsol was able to put in over the past year.
END_OF_DOCUMENT_TOKEN_TO_BE_REPLACED 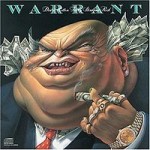 Danko Jones once told me that the best way to pick a single for radio is to get a bunch of girls to do it. Sound thinking, and with that in mind it’s very clear that estrogen was on tap the day Sony braintrust decided they would release both suck-ass ballads from Warrant’s debut, Dirty Rotten Filthy Stinking Rich. People blame the rise of grunge for shoving metal to the back of the bus for most of the ’90s, but it was in fact Warrant and their keepers that did the deed. END_OF_DOCUMENT_TOKEN_TO_BE_REPLACED 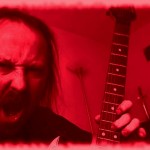 Carl: I met Joerg in ’98 in Nuremberg, Germany, where I’m currently living. He lived around the corner from me at the time and worked at USG Records, so we ran into each other on a regular basis. I was never a huge Bonfire fan, but we had a common interest in rock, metal and movies, so there was never a lack of things to talk about. He moved to Thailand in 2004 and narrowly escaped being killed by the tsunami that hit on 26th December. By rights he should have been killed; only dumb luck saved him. When he first approached me about the idea of writing his memoirs I didn’t really see the sense of it – I had no idea just how popular Bonfire had been in Europe in the early days – but I understood his reasons. His first hand experience with the tsunami and the aftermath, I think that was kind of like a mirror being held up in his face, saying “look at your life and don’t fucking take it for granted.” He asked me to work with him on the book because of my experience as a journalist, and I agreed based on our friendship. What sold me on the project was the fact that I had an active role in shaping the book rather than being a mere translator. Anybody with the skills could have translated his story, but I was able to use my voice to tell it. Fire And Fame was a 50-50 split with regards to creative control, so while it is indeed Joerg’s story I was able to put something of myself into it as well.
END_OF_DOCUMENT_TOKEN_TO_BE_REPLACED

Yep, paying tribute to a few more of my musician friends. This time a couple from home (that’d be Canada), FRAZE GANG and BOBNOXIOUS. Check my profiles on them out here… 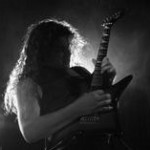 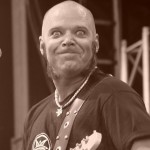 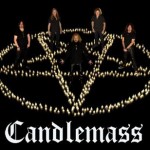 “It’s fantastic,” he laughs. “Have you heard his version of ‘Man On The Silver Mountain’? I was gobsmacked when I heard it. He sounds amazing. Dio is Rob’s favourite singer, so now we’re talking about doing ‘Kill The King’…”
END_OF_DOCUMENT_TOKEN_TO_BE_REPLACED

As the title says, there are a few interviews up on the BW&BK site penned by Yers Trooly. Click the links below to check them out.

THE AGONIST – Hush Little Baby, I Don’t Hear A Word

STUCK MOJO – Revival Of The Fittest 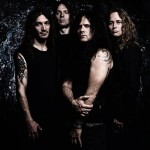 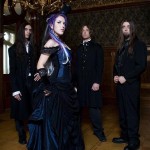 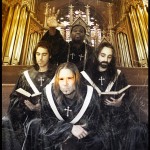