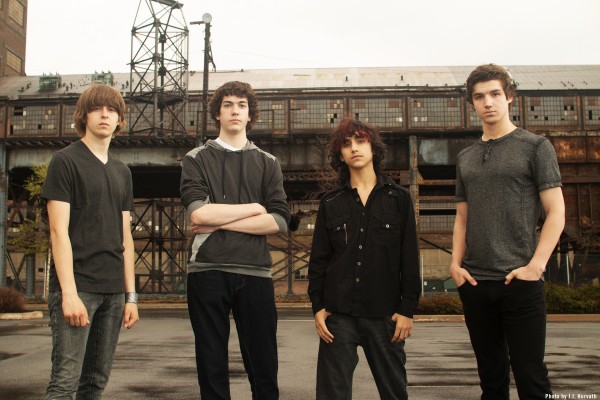 “He didn’t push me into it or anything like that,” he insists. “Being in a band is something I’ve always wanted to do. Growing up watching my dad play drums did influence me in getting interested in making music, but he never forced me into learning how to play drums. I knew I was going to be a drummer when I grew up, I never questioned it. When I got older and met Kris (Rank/bass), that’s when I decided I was going to form a band. We started playing covers before trying to write our own songs, but my dad didn’t have anything to do with it.” END_OF_DOCUMENT_TOKEN_TO_BE_REPLACED