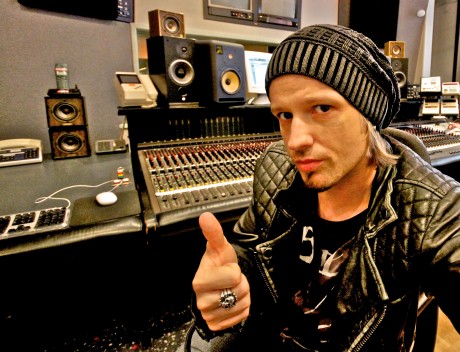 Plenty of heavy over-the-top metal moments from Paeth’s treasure trove of riffs, to guitar leads from Bruce Kulick (ex-KISS) on three tracks, and Arjen Lucassen (Ayreon) trading licks with keyboardist Ferdy Doernberg (Rough Silk) on ‘The Watchmaker’s Dream’. Michael Kiske (Unisonic, ex-Helloween) blows the doors off with his circa ’87 performance on ‘Where Clock Hands Freeze’ (speedy and heavy), but the big prize goes to ‘Invoke The Machine’ for it’s blatant tip of the hat to cult fave Danish bashers Pretty Maids featuring PM vocalist Ronnie Atkins in a duet with Tobi. Several journalists at the session agreed the song is the high point of the record. END_OF_DOCUMENT_TOKEN_TO_BE_REPLACED