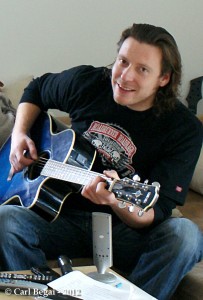 “She made the choices in the creative aspects of the album, and now that it’s out, it’s about surprising to me how cool it is. It offers so much more than the average metal band, and it has so much more to it that you can really see what a talented person Amanda is when it comes to having her own vision. In my arrogance, I found out that I should stop being arrogant and shut up sometimes (laughs).” END_OF_DOCUMENT_TOKEN_TO_BE_REPLACED 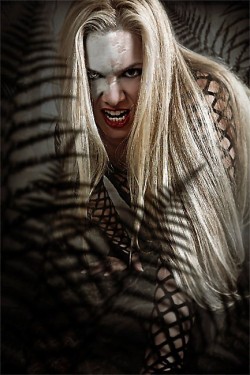 “The songs that I wrote with Sander – and he’s a prolific songwriter, cranking them out like crazy – we already them had in mind for this project. Sander was totally into it, and every time he sits down with his guitar a song comes out of it. The way we typically work, he writes the instrumental parts and then I come in and suggest whatever changes I think should be made. Then I take the song and write a vocal line and lyrics to it. Sander likes a good challenge as well, though, and when he heard the piano / vocal demo I had for ‘Machine Gun’ he asked if he could work on it. He came up with the big main riff, which really supplements the running theme through the whole song.” END_OF_DOCUMENT_TOKEN_TO_BE_REPLACED 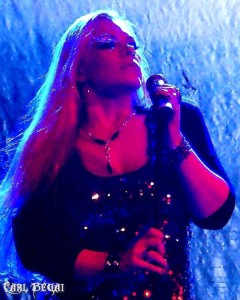 “Yeah, like that. It’s me, Devin and Garth Brooks doing his Chris Gaines thing (laughs). It’s us funky musicians and our split personalities.” END_OF_DOCUMENT_TOKEN_TO_BE_REPLACED