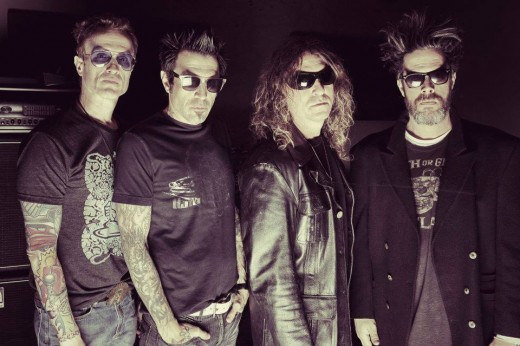 “I think because we were really careful not to say ‘Okay, this is the We’re Visiting Every Venue On Earth Tour 2013/14’ we were able to take the commitment in small chunks. Obviously everybody in the band has busy lives and other things going on, so we could really only do it for the sake of enjoying it. We didn’t go out there saying ‘Please fund our nine million dollar DVD project’, we made sure we didn’t have any of that baggage. We had to make sure we felt like doing it and it’s been fun. The most impressive thing to me is that we didn’t realize how important some of this music is to some of these people. That’s been the exciting and refreshing thing, discovering that. It’s encouraging meeting people and hearing why a certain song or album is important to them.” END_OF_DOCUMENT_TOKEN_TO_BE_REPLACED