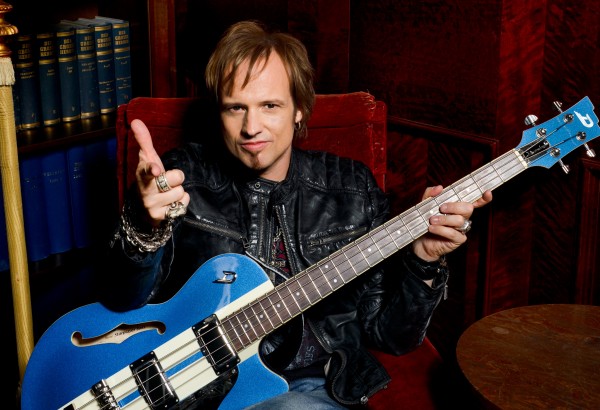 “I’ve defended the analog sound we did in the past, that old school let-it-sound-like-Ronnie-James-Dio-in-1983 kind of production, and I still think I was right to do so, but Sascha (Paeth/guitars, producer) decided we should do whatever the music needed. ‘Let it just happen,’ he said and this is what came out. The song ‘Let The Storm Descend Upon You’ is probably one of the most epic tracks I’ve done in the Avantasia context; it’s a big sounding arrangement with a lot of things that do not make sense according to the book of rules on how to compose a song. It’s not very reasonable to start a song with a one minute intro, and then do a second overture, and have the first chorus after three-and-a-half minutes, but I don’t think you perceive it as something that doesn’t make sense. The whole song just developed. It was one of the last tracks I wrote for the record.” END_OF_DOCUMENT_TOKEN_TO_BE_REPLACED