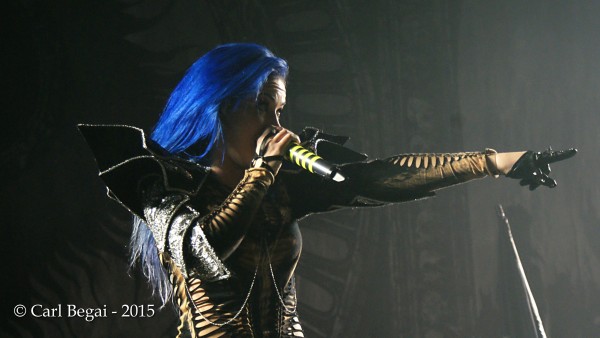 “There’s still a demand,” Alissa says of the band’s decision to spend so much time on tour. “Especially in this situation where we’re fortunate to have fans accept the new music and the new line-up. We want to give them a show if they want it. I think a lot of it has to do with the fact I can’t say ‘no.’ I feel so incredibly lucky that if anyone wants to see me perform I’m like ‘Really? You want us to play a show? I’m in…'(laughs). That and the fact these guys have been touring for 20 years; they just love doing it so they’re happy to play any shows that come our way. It’s a mixture of enjoying what we do and being workaholics. We’re still going but we’ll have to write some new music, which will be our focus in 2016.” END_OF_DOCUMENT_TOKEN_TO_BE_REPLACED