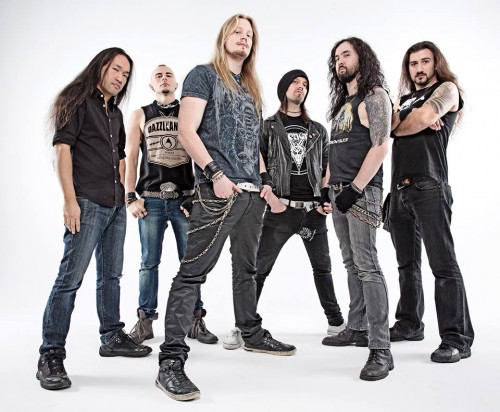 Li: “Sometimes one of us meets a girl in a bar and the only reason she might know of us is because of Guitar Hero, which is kind of cool (laughs). But we hear it all the time: ‘DragonForce? They’re that shitty band from Guitar Hero…’ We also hear good things from that too, though, because people got into the band thanks to the game. We have a weird sense of humour anyway, so it’s all cool with us.” END_OF_DOCUMENT_TOKEN_TO_BE_REPLACED