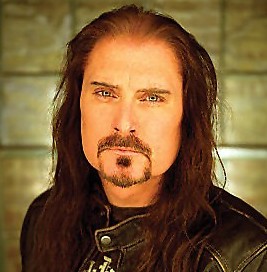 “I was only down in Long Island when we were putting the music together,” LaBrie reveals. “I recorded all my vocals here at home in Canada with Rich. We recorded at his house; he has an amazing home studio. We had an absolute blast. I wanted to go about this album a little differently, so I mentioned to the guys – mainly John Petrucci (guitars) because he was wearing the producer hat – that I didn’t want anyone around when I was recording my vocals. It was like, ‘I was singing before I met you guys, and seeing how things have changed lately, I think it’s time to go back to what worked once upon a time.’ And it worked extremely well.” END_OF_DOCUMENT_TOKEN_TO_BE_REPLACED 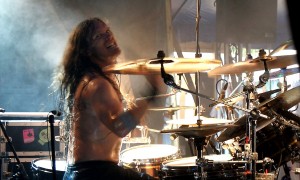 “Well, like so many times before this was pure luck,” Wildoer says of being asked to sing, aware that some people are cursing that luck. “Matt and James knew they wanted Jens Bogren to mix the album here in Sweden, and Jens told Matt that he knew a great studio called Studiomega where he wanted the band to record the songs. Matt called a mutual friend of ours – Teddy Möller from F.K.Ü. – and asked him if he knew any Swedish drummers that he could recommend, and he recommended me. Very nice of him; thanks Teddy! Matt called me one night, introduced himself, and asked me if I wanted to play drums on James LaBrie’s new album. Of course I wanted to!” END_OF_DOCUMENT_TOKEN_TO_BE_REPLACED