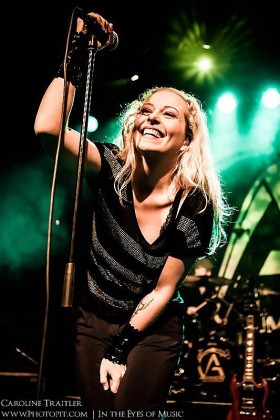 “That’s exactly why I dropped the band name. Nobody got it. And the thing is, it was only a name because for some reason when I left The Gathering, the first thing I did was come up with a band name even though I was going solo. I think it was just because I was used to being in a band. I hand-picked the people who work with me and it’s my band, but I’m a solo artist, so it’s a curious thing. Maybe it was a case of being a little bit shy at the beginning, because to go out under your own name is tough. I also thought that the name Anneke van Giersbergen would be a tough name for people abroad…” END_OF_DOCUMENT_TOKEN_TO_BE_REPLACED