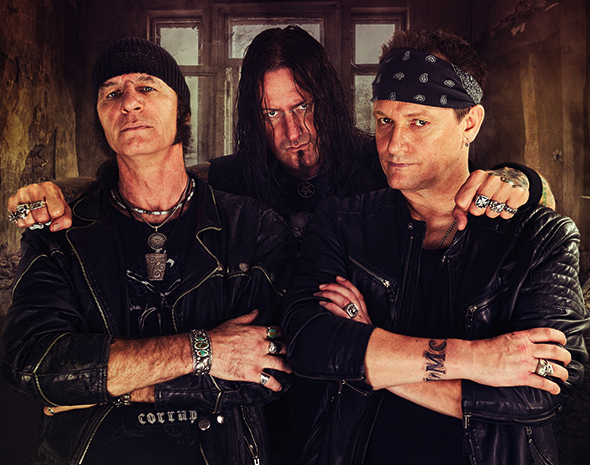 “Yeah, the song ‘Panzer’ doesn’t represent the whole record,” agrees Schmier. “Nuclear Blast wanted it to be the first release and use it on samplers and all that, but I don’t think it was the best choice. That’s the easy listening track on the album. We made a video for the first song, ‘Death Knell’, and I think that one shows the real direction of the record. It’s nice to hear that people appreciate what we’re doing because there are too many bands these days doing this All-Star thing. It’s good that people recognize Panzer isn’t just another one of those projects. Things are worked really well between the three of us.” END_OF_DOCUMENT_TOKEN_TO_BE_REPLACED 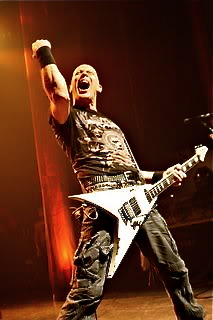 “It wasn’t dramatically different,” Hoffmann says of the creative process. “The only difference was that we were, as you said, a little more in tune with what we were going for. When we made Blood Of The Nations we were fishing a little bit; where does Accept belong in 2010? We weren’t sure if we should go the totally old school way or of we should try to incorporate some newer elements in out sound. But, because everything worked out so well with Blood Of The Nations we kind of decided not to change a winning formula. We just tried to come up with new songs that were as good as the one on Blood Of The Nations. The ideas on Stalingrad are fresh along the same lines, and that was our goal.” END_OF_DOCUMENT_TOKEN_TO_BE_REPLACED