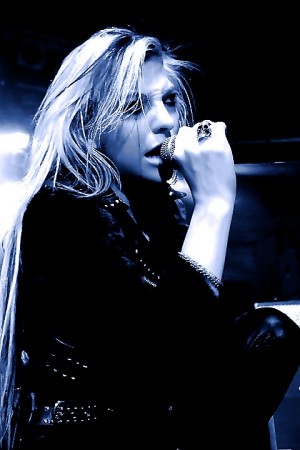 It takes remarkable strength of character to throw yourself to the wolves knowing you’re going to get bitten and potentially ripped to shreds. So it goes that, regardless of what Into Eternity fans may think of vocalist Amanda Kiernan stepping in to replace Stu Block – now a member of Iced Earth – for the band’s live activities, they have to respect her for willingly putting herself in harm’s way. With a few gigs under her belt at the time of this writing, Kiernan had made more friends than enemies amongst Into Eternity fans even as they mourned Block’s absence, the majority seemingly able to give her the benefit of the doubt. It’s anybody’s guess how the future will play out now that the band essentially has two singers and Block’s Iced Earth career has exploded, but the bottom line is that Kiernan is committed to shedding even more blood, sweat and tears to make things work.

Kiernan’s journey began in November 2011 when Into Eternity put out the call for a “touring only” singer. She jumped in with both feet.

“I found out about the audition and called (Into Eternity drummer) Brian Newbury right away,” Kiernan says. “I just wanted to push myself to the top and prove to myself and others that I can actually do this, and that there are no limitations. After I called him we both went to my studio and spent two days recording the audition songs that Tim Roth (guitars / founder) wanted me to do.” END_OF_DOCUMENT_TOKEN_TO_BE_REPLACED