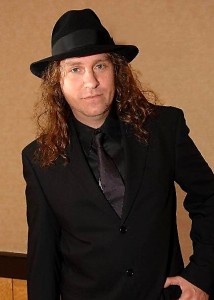 “An American Profit did well in my eyes because it got some good feedback,” he says. “When you’re putting out a bunch of personal lyrics that don’t come with noodling guitars and bashing drums, you’re kind of out there on your own. And I’m not even there to sing the stuff. It was a challenge for me because it was a different side of me – a lot of different sides, actually – that I don’t show as a frontman. But you know, we’re all in our undies drinking coffee at 6:00am and not big rock stars (laughs).” END_OF_DOCUMENT_TOKEN_TO_BE_REPLACED