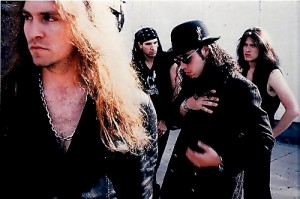 “We were supposed to do the gig, but it went belly up,” Kramer explains. “The organizers went bankrupt before the show went down. It would have been a great show. We had Tony Sales from Tin Machine to play bass, we were looking at a couple different cats for guitar, so it would have been a really cool line-up. Sadly, it didn’t go through, but on that note maybe I can give you some interesting stuff that might have happened on the Saigon Kick road (laughs).” END_OF_DOCUMENT_TOKEN_TO_BE_REPLACED