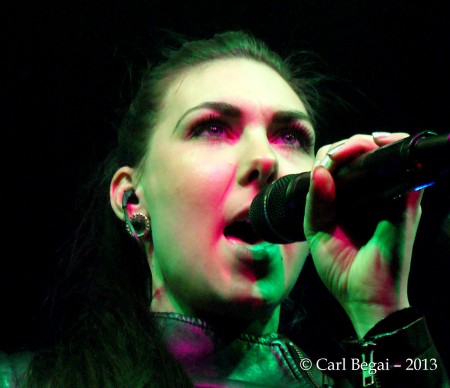 “It was a very special thing,” Elize says of the night. “I love Nightwish and I’ve sung their songs many times for myself (laughs). When you’re on tour you’re in a little bubble, so you don’t really think too much about what’s happening outside that bubble. They asked me if I would be willing to sing for them that night, and we decided that if the audience agreed it was okay for them that I sing, of course I was going to help Nightwish out so they could do the show. At least with some singing so they wouldn’t have to do it all instrumental.” END_OF_DOCUMENT_TOKEN_TO_BE_REPLACED