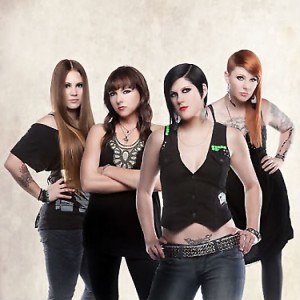 Calls were made, emails were sent, and I learned that Kittie was a family affair, with Morgan (vocals/guitars) and Mercedes’ (drums) parents taking care of most of the band’s legal and promotional affairs. The interview with the sisters that followed, for the Funeral For Yesterday album, proved to me that the ladies could stand on their own feet rather than needing to rely on mommy and daddy. They were also real musicians with a clear view of where they came from and a vision of where they wanted to take their music. They turned me into a Kittie fanboy. END_OF_DOCUMENT_TOKEN_TO_BE_REPLACED