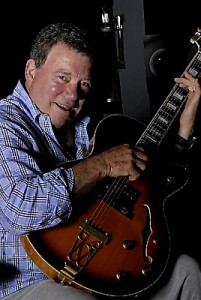 “All of them. I know that’s a cop-out, but I mean, how do you choose between Brad Paisely playing that guitar, or Ritchie Blackmore, or Peter Frampton. And Sheryl Crow? Singing that song (‘Mrs. Major Tom’) a capella with bell-like tones. What an incredible voice. So how do you choose? I’m awestruck by the generosity of these people that gave me their time and their talent. And I’m filled with that tentative sort of offering like when a kitten comes in with a bundle from outside and offers it. I’m offering this record and as I see the reaction I’m braver about it. I didn’t know how it was going to be taken. I mean, the people who were in on the making of it were saying ‘awesome’ and ‘great’, but I’ve been in a lot of productions where you think you’re great. Or in the horse business it’s called being barn-blind. And I didn’t know we were being barn-blind or not. I felt great about it, but I didn’t know if it was going to be accepted or not. And it’s becoming quite popular.” END_OF_DOCUMENT_TOKEN_TO_BE_REPLACED