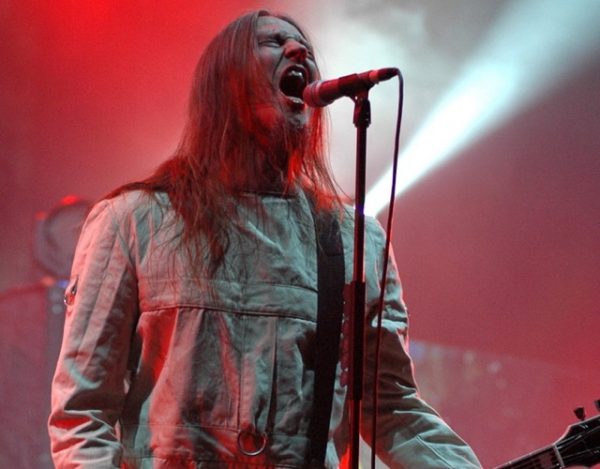 “It was great, we had the time of our lives,” Peter laughs. “Just two idiots out in the world doing promotion and it was great. We had such a blast. It’s a memory for life. We started with one song and we all know how it ended. It was amazing. Till is fucked up which is why we fit together (laughs). There were no rules for anything when we made the album. It was all ‘follow your heart.'” END_OF_DOCUMENT_TOKEN_TO_BE_REPLACED 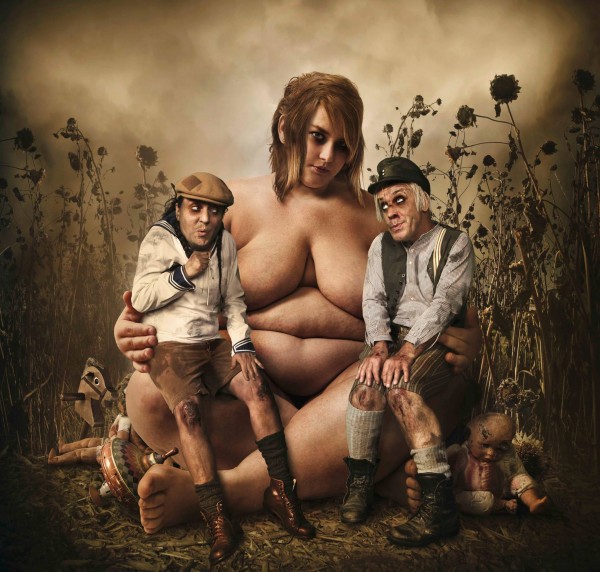 Peter: “You’ll always hear Rammstein in there because of Till’s voice, and the keyboards and chugging guitars are definitely me. But, it was put together in a different way and I did things that I’ve never done before on this album. There are two ballads on the album, for example. At the beginning Till was talking about doing one and I was like, ‘No, I don’t want to do a fucking ballad…’ but somehow he convinced me (laughs). We were writing a piece and it turned into something else, so what we accomplished as the final album turned out to be very fresh.” END_OF_DOCUMENT_TOKEN_TO_BE_REPLACED 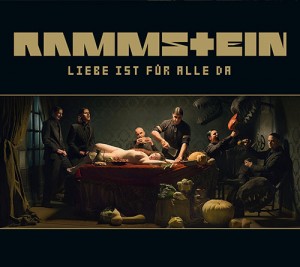 Rammstein’s latest platter of tongue-in-cheek violence, Liebe Is Für Alle Da (translated: Love Is For Everyone), proves that so long as you have a singer that should be in theatre and a killer producer it’s possible to write the same songs over and over again and still be successful. The band continues along their tried and true crunching industrial demolition path, relying on their traditional “big, bigger, biggest, Rammstein” execution to grab you by the throat and drag you in. Indeed it does, with an iron fist. First three songs ‘Rammlied’, ‘Ich Tu Dir Weh’ (I’ll Hurt You’) and ‘Waidmanns Heil’ (‘Hunter’s Salute’) are predictable Rammstein anthems that succeed through larger-than-life production / engineering; nothing mindblowing but mean and intense when listened at a proper unhealthy volume. Fourth track in, however, things start to become twisted. ‘Haifisch’ (‘Shark’) sounds like it was yanked off a mid-‘80s Depeche Mode album for kids, followed by the eyebrow-raisingly brutal ‘B********’ complete with a death-vocal chorus courtesy of frontman Til Lindemann. And with each trip through the record it become increasingly apparent that this is Lindemann’s show. As heard-it-all-before as the music may seem at times, he’s able to give each song serious depth, dark or humourous or up-yours brazen. Make no mistake, unlike 10 years ago the man can sing. END_OF_DOCUMENT_TOKEN_TO_BE_REPLACED