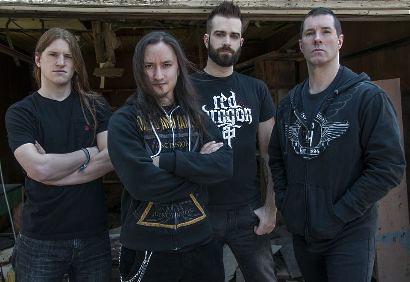 “You know what? That’s the one thing I didn’t realize until very recently. I did a two-and-a-half week European press trip, I did something like 113 interviews – which is way more than I’ve ever done for an album – and I repeatedly heard the question ‘Where’s this punk vibe coming from?’ And my only answer was ‘I don’t know’ (laughs). I usually get questions about my soloing and I tell them it’s blues speeded up, and even though I don’t really know the blues, I just know the stuff passed down by Angus Young and Glenn Tipton who got it from B.B. King and Chuck Berry. At least I know where that blues influence comes from. The punk stuff… no idea where that comes from.” END_OF_DOCUMENT_TOKEN_TO_BE_REPLACED