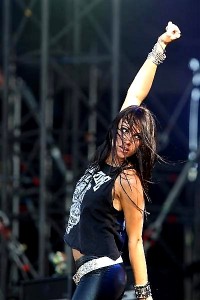 “The first album was a solo thing, but when I was on the road with the guys it turned into more of a band. It was only natural for that to happen since we spent so much time together, and we really were like a family. You hear about some bands that just don’t get on, they’re not like real friends, but we were friends. But, because of other circumstances, it couldn’t continue. Randy (Gregg/bass) was in New York and we couldn’t keep flying him over to the UK because money was an issue. And with Richie (Faulkner/guitars), well, he went off and joined Judas Priest (laughs). END_OF_DOCUMENT_TOKEN_TO_BE_REPLACED