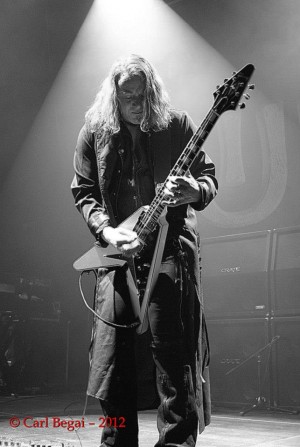 “The tour was planned first, and then the suggestion came up to do a DVD since it’s been quite a while since the last one (Hell Yeah! The Awesome Foursome from 2008) and we were doing completely different songs. It was a perfect opportunity. We thought about doing a whole acoustic set but we decided it would be too much, especially for this band considering the music we play. It was better than we just changed things up for a song or two in the middle of the set.” END_OF_DOCUMENT_TOKEN_TO_BE_REPLACED