Dee’s passing has hit much closer to home for people on the Toronto that worked, played, and occasionally butted heads with Sven Gali. Famous Underground vocalist Nick Walsh – who made a name for himself fronting Slik Toxik at the same time Sven Gali was raising hell – paid tribute to Dee when he received word of his death: END_OF_DOCUMENT_TOKEN_TO_BE_REPLACED 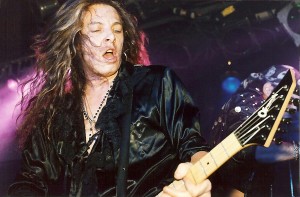 No Strings Attached, a CD version of Slash Puppet’s 1989 demo tape known as The Demo, was issued through Sun City Records out of Australia on September 3rd, 2007. I caught up with frontman Mif for BW&BK to discuss what was an unexpected release, and during the course of the interview he addressed Garscadden’s tragic passing: END_OF_DOCUMENT_TOKEN_TO_BE_REPLACED 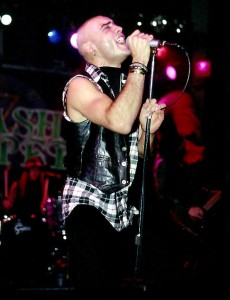 Better known simply as Mif, he drew attention to himself as the frontman of Toronto’s legendary late ‘80s metal band Slash Puppet, cutting a demo (‘89) and one official album (’93) before calling it quits in 1995. By this time Mif already had a few acting gigs under his belt, but it was his appearance in Kung Fu: The Legend Continues in 1994 that got the ball rolling in earnest. Mif’s resume is nothing to sneeze at, as it also includes appearances on TV shows such as PSI Factor, Relic Hunter, Once A Thief, Due South and FX as well as credits on films starring Sylvester Stallone (D-Tox), Dolph Lundgren (Detention) and Ryan Reynolds (Foolproof). In the last two years, however, things have become decidedly busier with a pivotal role in the Gina Gershon film Just Business (2008) and a recurring role as the evil Dr. Necros on the new Disney XD program Aaron Stone, the latter of which Mif considers the opportunity of a lifetime.
END_OF_DOCUMENT_TOKEN_TO_BE_REPLACED