Blame Soilwork guitarist David Andersson for the band’s new EP, A Whisp Of The Atlantic. It’s all his fault. And he’s proud of it.

Of course Andersson’s bandmates were all present and accounted for when Soilwork put the EP together over the summer, but it was the 45 year-old guitarist who fired up the machine again and put everyone back to work. A Whisp Of The Atlantic offers up some startling work from the band, spearheaded by the monstrous 16-minute title track that, once again, makes a bold statement with regards to collective talent that Soilwork bleeds into their music. For Andersson it was a chance for the band to continue exercising this creativity rather than waiting for the world to get back to something resembling normal before releasing a follow-up to their previous spotlight-worthy album, Verkligheten.

“We released Verkligheten early last year, and this line-up of the band has a really good time together, so we’re very creative and enthusiastic about what we’re doing,” Andersson explains. “I thought it would be a waste to wait two or three years before we record something new, so I wrote a few songs starting with ‘Feverish’. I made a few more and everyone seemed to like them. Since I joined the band in 2012, I’ve always had this idea of writing one long epic, progressive song. Just because I loved prog rock growing up, and I also think that Soilwork is a bit underestimated as a band. People think of us as writing catchy Swedish melodic death metal but we’re more than just that. With this line-up we’re pretty much able to play any kind of music and it would be really nice to just be able to show people that we’re much more than they think.”

END_OF_DOCUMENT_TOKEN_TO_BE_REPLACED

Nostalgia: “A wistful desire to return in thought or in fact to a former time in one’s life; a sentimental yearning for the happiness of a former place or time.”

If you go by the textbook definition above, The Night Flight Orchestra can be considered a nostalgia-based band. The term has been used quite often over the course of their eight year career to describe the now seven-piece group, but this shouldn’t be seen as derogatory. On the contrary, it should be seen as a positive that a present day rock band is able to fire up their time machine to deliver shadows and flavours of the past with all original material. Aeromantic is The Night Flight Orchestra’s fifth album, and it pays homage to acts from the ’70s and ’80s – Journey, ABBA, Toto, KISS, Christopher Cross, Asia…. it’s a seemingly never-ending list – while deftly avoiding the retro trend that made bands like Greta Van Fleet the talk of the town for 10 seconds. Not an easy task, but then it’s not like The NFO were trying to do anything more than create more solid material they can be proud of. If people choose to join their particular conga line, so much the better, especially because it gives the metalheads on board a chance to learn about where Soilwork frontman Björn “Speed” Strid, Arch Enemy bassist Sharlee D’Angelo, and Soilwork guitarist Dave Andersson come from musically.

“It’s going to be hard to top the previous two albums in terms of reviews,” Strid says of Aeromantic. “Last time out it was really amazing and it’s the same thing this time around, if not better. People are blown away by the new album, and I’d say that most of the press we’re doing is with metal magazines. It’s really remarkable how open-minded people are in the scene. I’ve heard people say this is a guilty pleasure, but what is there to feel guilty about? People are raving about it. Somehow it works and we have a personable sound in the end. It’s not just a nostalgia act; we’re filling a void in the music scene. The other day somebody asked me if I could name another new band out there that is doing the same sort of thing as The Night Flight Orchestra, and I couldn’t come up with anything. We’re moving this forward with this combination of sound and imagery; it’s very nostalgic in a sense but also very refreshing. I think we’re providing something that’s missing out there.”

END_OF_DOCUMENT_TOKEN_TO_BE_REPLACED 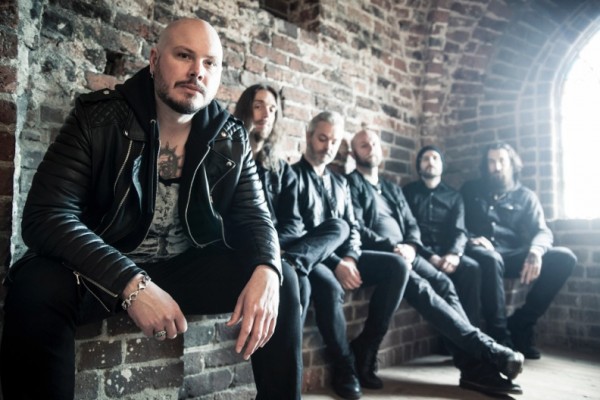 “There’s something about that album,” agrees Strid, “but it definitely took some time for me to notice that. I guess it started when we did our first North American tour, when we put Natural Born Chaos out. People were telling us that the album was so unique and so awesome, but it wasn’t until a couple years later that we realized we had an impact and had affected the metal scene somehow in so many ways.” END_OF_DOCUMENT_TOKEN_TO_BE_REPLACED 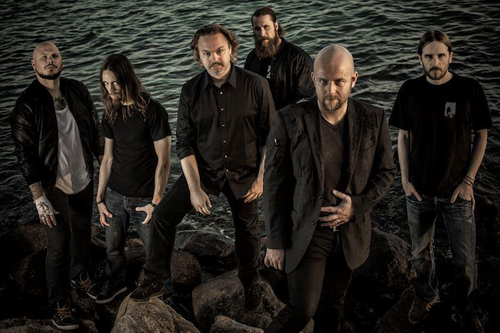 “For sure, and I think that was good for me. I definitely needed that because when Peter was a part of the band we knew each other so well musically, and in a situation like that sometimes you become too predictable. The fact that Peter was losing interest as well would have affected my work as well.” END_OF_DOCUMENT_TOKEN_TO_BE_REPLACED